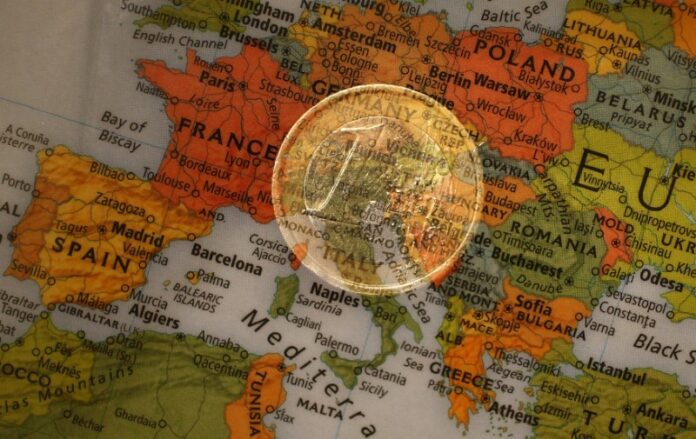 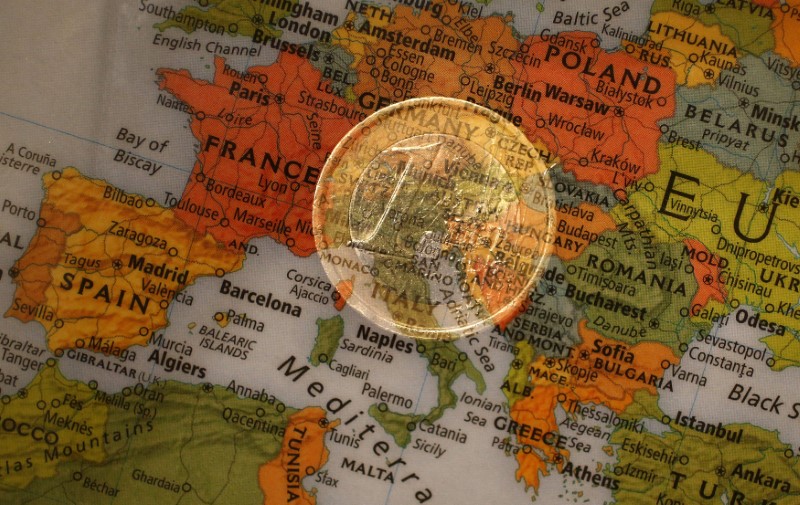 © Reuters. A picture illustration taken with the multiple exposure function of the camera shows a one Euro coin and a map of Europe

BERLIN (Reuters) – Investor morale in the euro zone deteriorated for the fourth month in a row this month to its lowest level since February 2017, hit by concerns about the possible introduction of U.S. tariffs and a protectionist spiral, a survey showed on Monday.

Sentix’s index for the euro zone fell to 19.2 from 19.6 in April. The Reuters consensus forecast was for a rise to 21.0. The fall was due to both lower economic expectations and investors’ slightly weaker assessment of current conditions.

“Uncertainties about the introduction of punitive U.S. tariffs and the danger that this could lead to an expansion of protectionist measures are weighing on us,” Manfred Huebner, managing director at Sentix, said in a note.

U.S. President Donald Trump has invoked a 1962 trade law to erect protections for U.S. steel and aluminum producers on national security grounds, amid a worldwide glut of both metals that is largely blamed on excess production in China.

A week ago, the White House announced that Trump had extended a temporary reprieve from the tariffs for the European Union, Canada and Mexico until June 1, just hours before they were due to come into force.

In the run-up to a June 1 deadline, Germany is urging its European partners to show some flexibility and pursue a broad trade deal that benefits both sides. But that puts Germany at odds with European peers such as France.

A Sentix survey for Germany also fell for the fourth month in a row, hitting its lowest since September 2016.

“The economy in Germany is booming and yet the zenith seems to have passed,” Huebner said.

Sentix conducted the survey of 974 investors between May 3 to 5.