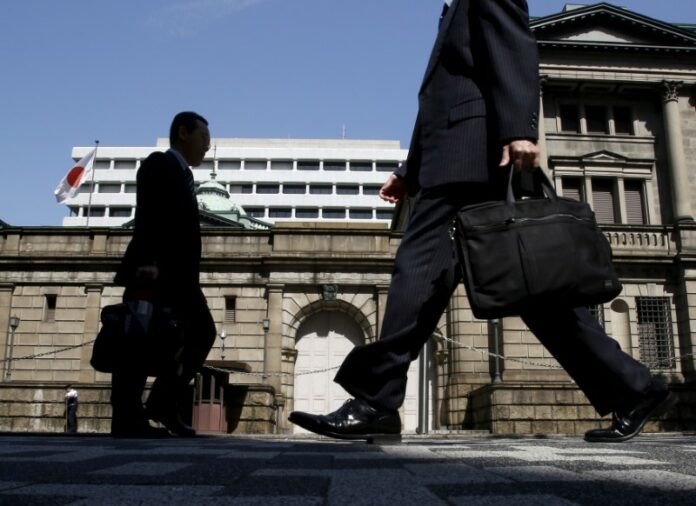 Japan central bank may hold off on stimulus exit for years: ex-BOJ official 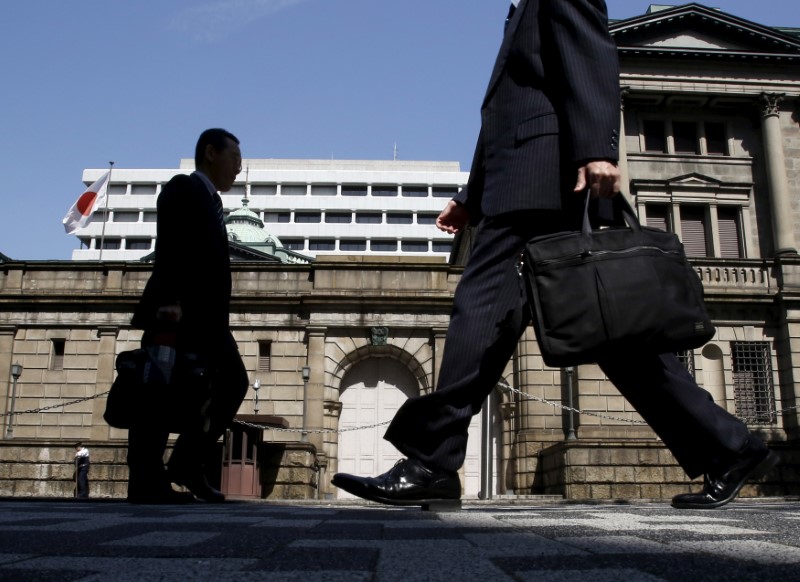 TOKYO (Reuters) – The Bank of Japan’s decision to drop a timeframe for hitting its inflation target shows it is losing confidence in its price outlook and could mean it puts off exiting easy policy for years to come, a former central bank executive said.

The BOJ last month removed any reference to a timeframe for hitting its 2 percent inflation target, in a surprise move analysts said was aimed at keeping market expectations for more stimulus in check.

At the April 27 rate review, the BOJ also issued new forecasts projecting inflation will hit 1.8 percent in fiscal 2019 and 2020 – meaning inflation would fall short of the target for another three years. Eight of the nine board members said there were downside risks to the 2020 price forecast.

“The decision to drop the timeframe reflects a growing view within the BOJ that it’s not easy to change public perceptions that inflation will stay very low, even with bold monetary easing,” Kazuo Momma, who oversaw monetary policy and international affairs during his stint at the BOJ, told Reuters on Monday.

“The BOJ has made clear it no longer has any timeframe in mind in guiding policy. That means it could maintain current policy for years if the price target remains elusive,” said Momma, who retains close contact with incumbent policymakers.

The central bank’s projected timeframe has slipped several times since it was first introduced in 2013. In deploying a huge asset-buying program back then, the BOJ pledged to hit the price goal in two years. Since then, weak inflation forced the bank to push back the timeframe six times.

While removing the timeframe may give the BOJ more flexibility in guiding policy, it may be hard for the bank to either expand or withdraw stimulus any time soon, he added.

“Consumer inflation is finally near 1 percent but the economy lacks momentum to push up prices further from here,” said Momma, currently an economist at Mizuho Research Institute.

Having already deployed massive stimulus, the BOJ also has no effective tools left to ramp up stimulus, he said.

And yet, BOJ officials probably aren’t convinced that the costs of maintaining a radical monetary experiment for years would be manageable, Momma said.

“They want as much free-hand on future policy as possible,” he said, adding that removing the timeframe was the first step in that direction.

The challenge for BOJ Governor Haruhiko Kuroda’s second term, which began in April, is to strike the right balance between the diminishing return and rising costs of his policy, he said.

“You can’t predict risks. But what’s clear is that the longer the BOJ continues its current policy, the bigger the risks become.”

The BOJ has repeatedly said it is in no rush to follow in the footsteps of other central banks in dialing back stimulus. But some bank policymakers have openly complained of the rising costs such as the hit to bank profits from near-zero rates.