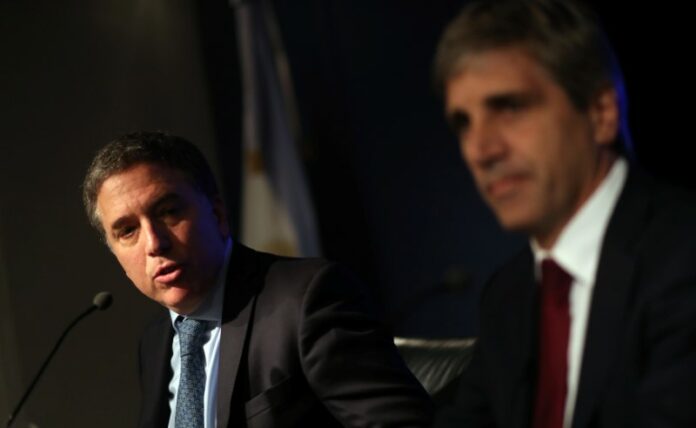 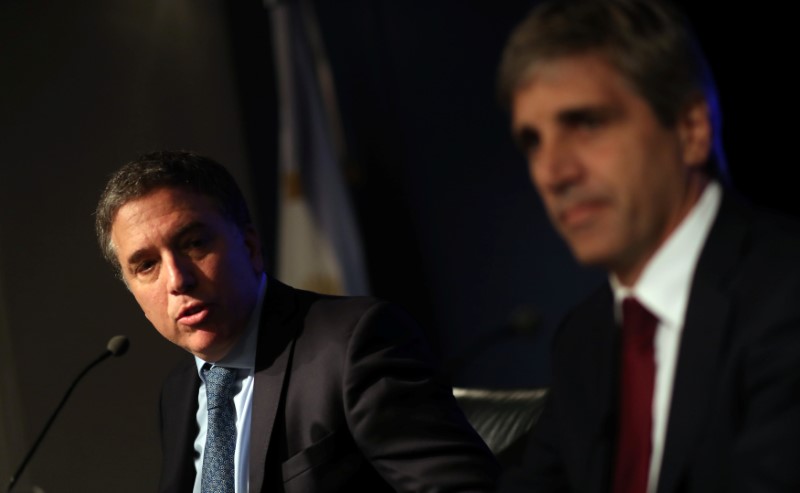 By Luc Cohen and Maximiliano Rizzi

BUENOS AIRES (Reuters) – Argentina will request a “high access stand-by” financing arrangement from the International Monetary Fund (IMF) to calm volatile financial markets, in a move that could finance the country through next year, officials said on Wednesday.

Treasury Minister Nicolas Dujovne met with IMF Western Hemisphere Director Alejandro Werner in Washington on Wednesday, as Argentina tries to tackle one of the world’s highest inflation rates and a general outflow of funds from emerging market economies.

The deal would guarantee financing through the end of President Mauricio Macri’s first term in December 2019 at a “very good” interest rate of around 4 percent, Finance Minister Luis Caputo said, adding that the stand-by deal would be “flexible” and allow for more funding than other options.

“It is the type of loan that allows us to maximize the amount of money we can ask of the fund,” Caputo said in an interview on local television channel TN.

But analysts said a stand-by deal would require more conditions than other types of financing available to more solvent countries. Argentina announced it was seeking a lifeline from the IMF on Tuesday after the peso currency weakened to all-time lows.

Turning to the IMF is a politically risky move for business friendly Macri, who was elected in late 2015 after 12 years of leftist government. Many Argentines blame the IMF for imposing policies on Argentina that led to a deep financial crisis in 2001 and 2002.

Argentina announced it was seeking a lifeline from the IMF on Tuesday after the peso currency weakened to all-time lows. Negotiations for these types of deals often take up to six weeks, the ministry said.

An IMF spokesman said discussions would continue on Thursday when Dujovne will meet with IMF Managing Director Christine Lagarde in Washington.

According to the IMF, stand-by arrangements or SBAs are most often used by middle-income countries to help them “emerge from crisis” and restore growth. Countries that borrow money under this framework must repay them within 3-1/4 and five years of disbursement.

The IMF describes “high access” SBAs as a type of insurance against large financing needs used when the country does not necessarily intend to draw on approved amounts but retains the option to do so if needed. SBAs often cover a country for 12-24 months and for no more than three years, according to the IMF.

Fund disbursements under SBAs are conditional on targets agreed between the IMF and the country, which can include goals for international reserves, government deficit or borrowing levels.

Investment bank BTG Pactual said in a note on Wednesday that an SBA would be more negative for Argentina than other IMF financing options, given that it is granted to countries that show “signs of high insolvency risk and implies more thorough conditions.”

Officials in the United States, Japan, Brazil, Spain and Chile had sent messages of support for Argentina’s economic policy and its decision to turn to the IMF, according to Argentina’s Foreign Ministry.

Separately, a central bank spokesman said on Wednesday that it had taken a $2 billion credit line from the Switzerland-based Bank for International Settlements “to strengthen reserves at a very low cost.” The bank has spent more than 10 percent of its reserves attempting to halt a rapid fall in the peso currency.

That brought the central bank’s total reserves to $57 billion on Wednesday, according to preliminary data.

Spain swelters as temperatures soar above May average

Spain swelters as temperatures soar above May average