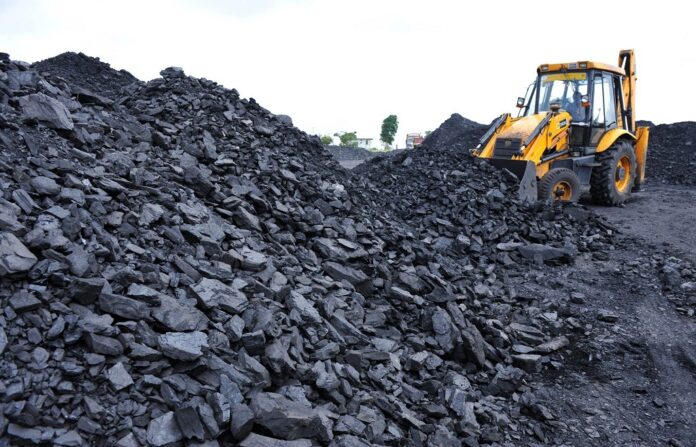 NUSA DUA: Asia’s coal miners, shippers and traders are seeing strong demand and rising prices for their fuel, and they expect this happy situation to persist for several years to come.

It was a challenge to find anybody pessimistic about the outlook for coal in Asia, the world’s largest producing and consuming region, at this week’s annual gathering of the industry on the Indonesian resort island of Bali.

This was in stark contrast to the Coaltrans Asia conferences in prior years, where the moods were gloomy as the industry battled to survive five years of declining prices from 2011 to 2015 and policies aimed at cutting the use of the polluting fuel in the two biggest importers, China and India.

Certainly, it would seem that the industry has some reason to be optimistic, with Chinese imports up 9.3 percent in the first four months of the year, and hopes that India’s two years of declining imports will end in 2018.

Prices are also performing better recently, with Australian benchmark thermal coal at Newcastle Port up to $101.35 a tonne in the week ended May 6, a gain of 11.6 percent from the low so far this year of $90.68 at the end of March.

The main driver of coal’s improving performance is Chinese demand, with traders reporting buying interest from China for a variety of coal grades, from low-rank Indonesian fuel to higher quality coal from Australia.

The bullish Chinese story may have taken a slight hit in the April numbers, with customs data showing coal imports dropped to 22.8 million tonnes from 26.7 million the month before.

But traders at the Bali event expressed confidence that this was merely a blip, caused largely by some increased scrutiny by customs and certain port restrictions, impediments that they expect to only last a short time.

India’s imports were also lower month-on-month in April, dropping to 15.5 million tonnes from March’s 16.6 million, according to vessel-tracking and port data compiled by Thomson Reuters Supply Chain and Commodity Forecasts.

But India’s imports are up slightly in the first four months of 2018, to 60.4 million tonnes, a gain of 3 percent over the 58.6 million recorded in the same period last year.

Although both China and India have shown only modest increases in imports so far this year, this is stoking optimism in the industry, especially when added to additional emerging demand from other Asian countries, such as Pakistan and Vietnam.

But while there may be scope to be bullish on the short- to medium-term outlook for coal, the risk factors for the industry appear to be mounting.

On the supply side it appears that it will be quite difficult to add any more tonnes to the market to meet additional demand.

Indonesia, the top shipper of thermal coal used in power plants, has put in place policies aimed at directing more of its coal to the domestic market, and the government appears to be mulling restricting overall output in order to conserve resources for the long term.

Like many government policies in Indonesia, this is likely to go through several iterations and changes, but the trend does appear clear, and it’s toward lower overall exports over time.

In Australia, the main constraint on boosting exports is environmental activism against the industry, which is becoming more sophisticated as well as popular with the public.

Witness the struggles of India’s Adani Enterprises to finance and build its Carmichael mine, which is currently the largest coal project in the world aimed at the seaborne market.

While Adani has all the necessary government approvals, it’s struggling to find financial backers and is facing a non-stop public campaign against Carmichael, which is starting to cause its political support to evaporate.

The other major supplier of coal to Asia, South Africa, has capacity constraints and is unlikely to be able to boost its shipments, leaving additional tonnes to come from new mines in Mozambique, and possibly from the United States and Colombia.

The looming supply constraints suggest prices will rise, which may be seen as good news for miners, but ultimately serves to undermine coal’s main advantage over natural gas and renewables, namely being cheaper.

This is already happening in India, where power plants relying on imported coal are struggling to be profitable, while solar generators are able to offer lower prices.

If your plan is to buy cheap Indonesian low-rank coal for your power plant for the coming decades, you now have to consider the possibility that there won’t be enough, and what there is won’t be cheap.

The coal industry in Asia also tends to ignore the pollution elephant in the room.

The idea that public pressure may halt coal projects or force cutbacks in its consumption seems alien to many in the industry, despite evidence that this is exactly what is happening in China, and has already happened in Europe.

Ten years ago the conversation I had most often with people in China’s coal sector was how they were going to have to cut back on burning the fuel.

It took some years, but the trend is now clear in China, and the authorities are actively looking to boost the use of natural gas, nuclear and renewables over coal.

It’s almost inevitable that similar pressures will emerge in India, and any other country that decides to make coal its main source of power.

While the coal sector in Asia is currently enjoying something of a renaissance, the longer-term outlook is darkening.