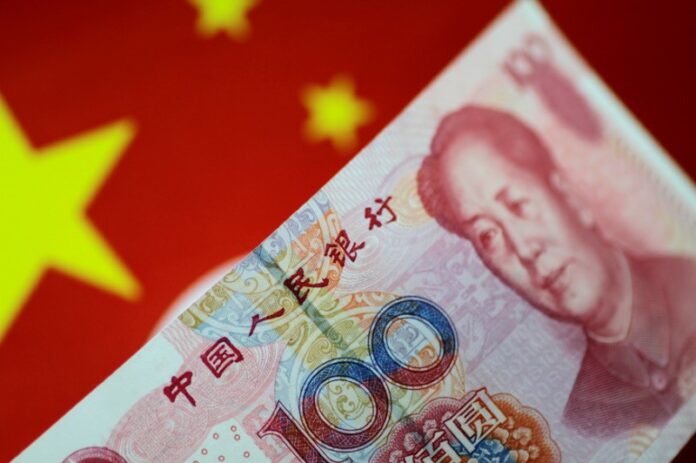 China’s yuan to cling to range despite trade spat with U.S.: poll 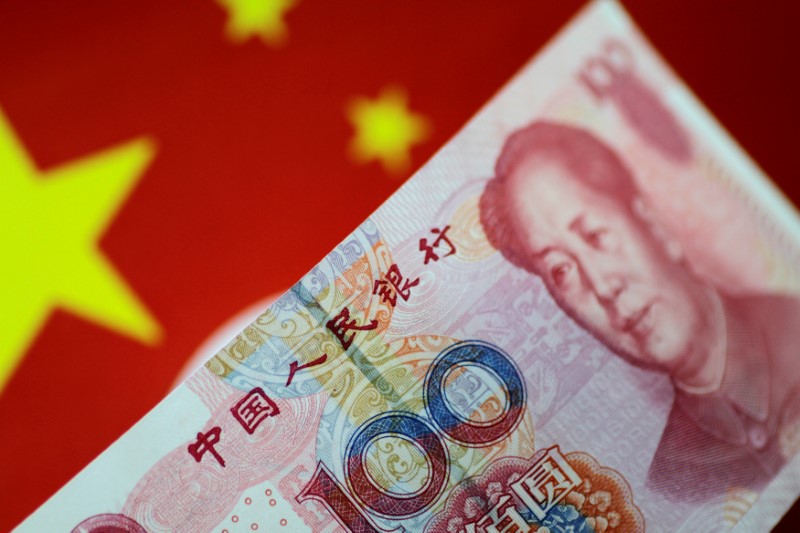 BENGALURU (Reuters) – China’s yuan is forecast to move only a little in the coming months as authorities keep a tight leash on the currency until it becomes clear whether the trade spat with the United States will worsen, a Reuters poll showed.

Despite the severity of the dispute and the potential to disrupt trade flows elsewhere, the range of yuan forecasts is even tighter than it was in polls taken in April and at the start of the year, reflecting that caution.

The move in the extremes of the range also suggests a gradual appreciation in the yuan. In the meantime, the resurgent U.S. dollar is at its strongest in over three months, but is still down more than 2 percent so far in 2018 against the yuan.

“As the U.S. dollar heads higher, it is unlikely that the Chinese yuan will be immune to this move. But, we expect to continue to range trade in the near term amid U.S.-China trade tensions,” said Irene Cheung, senior strategist for Asia at ANZ.

Chinese officials are expected to meet their U.S. counterparts in Washington for a second round of negotiations next week, after talks last week in Beijing highlighted by a list of aggressive U.S. demands.

“A slight but persistent upward bias in the USD/CNY fixing and a cut in the Reserve Requirement Ratio (RRR) suggest that China is being cautious until the trade tensions are resolved,” Cheung added.

“It is unlikely that China and the U.S. will reach a grand deal very soon, given the large gap between the list of demands and offers,” said Haibin Zhu, chief China economist at JPMorgan (NYSE:) in a note to clients.

“The biggest risk at this stage is that both sides have the wrong perception of the counterpart’s bottom line, and both sides seem to have under-estimated the losses if a trade war eventually occurs.”

The risk of a trade war between the United States and China threatens to curb the economic momentum created by years of policy stimulus, a Reuters polls of over 500 economists worldwide found. [ECILT/WRAP]

According to a separate Reuters poll on currency positioning taken last week, bullish bets on the Chinese yuan fell to the lowest since October in the previous two weeks. But the survey did not point to any sharp depreciation in the yuan. [ASIA/FXP]

A majority of strategists forecast the yuan to rise. That includes two respondents predicting it to strengthen sharply to 6.0 per dollar or lower, a rate not seen since China unified its dual exchange rates, officially devaluing the yuan overnight by 33 percent in January 1994.

“But confidence surveys point to steady and orderly growth, inflation has ticked higher, and China is gradually nudging interest rates up – factors that should eventually see a stronger Chinese yuan versus a soft U.S. dollar.”

To counter capital outflows following an interest rate hike from the U.S. Federal Reserve on March 21 the Chinese central bank raised its seven-day rate the day after and its 14-day rate in April.

That is a clear signal Beijing is watching policy moves across the globe and is ready to contain capital outflow risks.

“India’s relatively high interest rates and the recent announcement to increase debt quotas for foreign investors should support the rupee via capital inflows.”