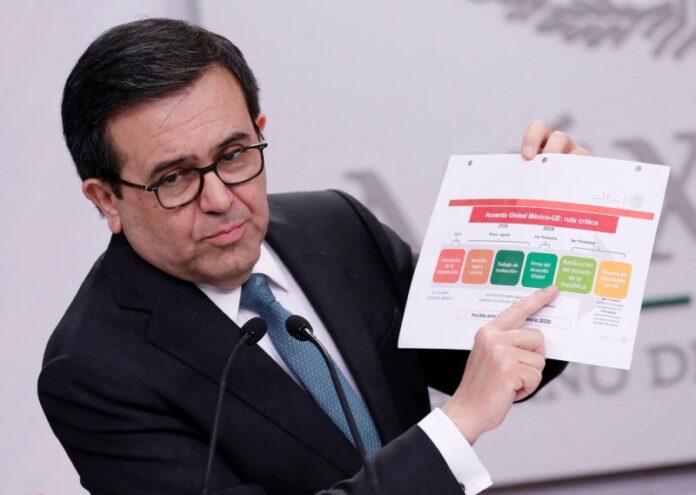 WASHINGTON (Reuters) – Mexico’s Economy Minister Ildefonso Guajardo said Thursday he expected to find out within the next two days if a new NAFTA deal with the United States and Canada was possible in the short term.

As time runs out to secure some kind of agreement, major differences remain between the three members of the North American Free Trade Agreement after more than eight months of negotiations.

“I think we will be finding out through the day and tomorrow … if we really have what it takes to be able to land these things in the short run. We are finding out that possibility,” Guajardo told Reuters.

U.S. Trade Representative Robert Lighthizer wants a quick deal to avoid running into complications caused by a Mexican presidential election on July 1 and U.S. midterm elections to Congress in November.

Guajardo, speaking outside Lighthizer’s offices, said he had the commitment “to try to really get a solution” from the talks.

Asked if he was prepared to continue negotiations on Friday, Guajardo said: “Definitely, we will be here, we are available. We have suitcases for two weeks if necessary.”

Many other major issues crucial to a deal are still unresolved, including U.S. demands for a five-year sunset clause, and elimination of settlement panels for trade disputes.

After meeting with Lighthizer, Guajardo told reporters that Thursday’s talks were “a very rich exercise.”

“It’s not only the autos. You cannot think that in a process of negotiations we’re going to solve one item without reviewing the overall balance of the agreement,” he said. “We’re going over all the items. It’s very important to stress that.”