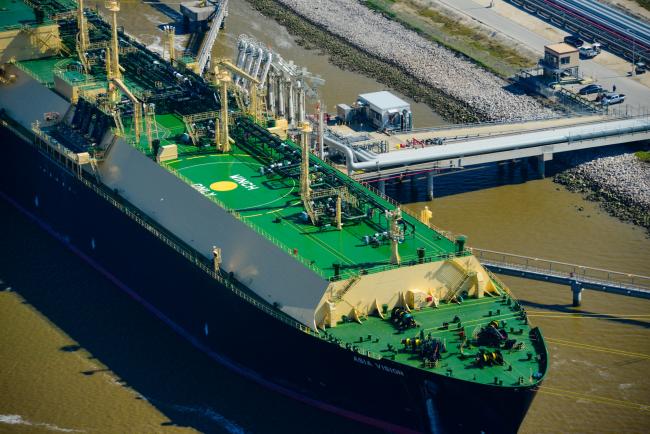 (Bloomberg) — Another darling of the Trump administration is poised to gain from the Iran deal breakup as oil surges: Natural gas exports.

With the move to curb Iran’s oil output encouraging more shale drilling, prices for produced alongside crude in West Texas could crater, falling to zero some days, according to Tudor Pickering Holt & Co. Already, the gas sold at West Texas’ Waha hub is down 51 percent for the year.

That’s bad for producers selling the fuel in the U.S., but good for companies that export it in tankers. As the market for liquefied natural gas grows in Asia, being able to source gas at its cheapest should give U.S. exports a leg up.

From Secretary of Commerce Wilbur Ross to the President himself, the White House has long sung the praises of increasing American LNG exports to help trim the trade deficit with Asian countries. Meanwhile, the Permian boom has filled pipelines to capacity, trapping gas in the region and making prices there the cheapest of any major U.S. shale play.

“I doubt this was a driving factor by the administration” to impose sanctions because “we just don’t have that much capacity built up for LNG exports,” said Anastacia Dialynas, an analyst at Bloomberg New Energy Finance. But indirectly, she said, “if it results in a structurally higher oil price, it definitely makes U.S. cargoes more attractive.”

Once the sanctions formally kick in, they’ll make long-term LNG contracts linked to oil prices in other parts of the world more expensive, potentially increasing demand for agreements tied to cheap and abundant U.S. shale gas. West Texas gas has been slashed in half this year to reach $1.96 per million Btu Friday.