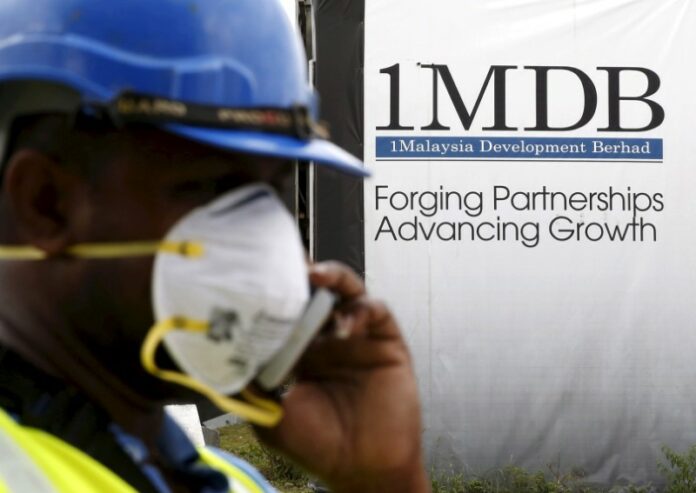 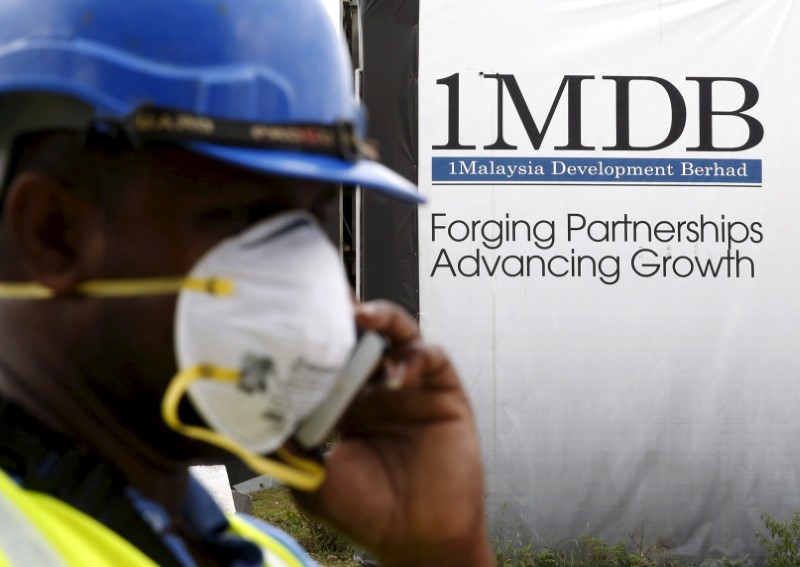 © Reuters. FILE PHOTO: A construction worker talks on the phone in front of a 1Malaysia Development Berhad (1MDB) billboard

The adviser would be appointed to “restart the 1MDB probe and bring back the money”, said one of the sources, who worked closely with Mahathir’s campaign team. The second source, a lawmaker, said the announcement could come as soon as Saturday when Mahathir is expected to name members of his new cabinet.

The sources declined to be identified as the talks are private.

At least six countries, including the United States, are investigating the alleged misappropriation of over $4.5 billion from 1MDB, founded by former premier Najib Razak. Najib’s coalition was defeated by Mahathir’s opposition alliance in a stunning election upset on Wednesday.

The U.S. Department of Justice has launched a criminal probe and filed civil lawsuits seeking to recover about $1.7 billion in assets said to have been bought with stolen 1MDB funds. [nL4N1KX1CX]

Malaysia will reach out to U.S. authorities investigating the case, the lawmaker said.

“You can be reassured that we will go after 1MDB,” the lawmaker said.

The scandal has dogged Najib since 2015 after reports that about $700 million in misappropriated 1MDB funds flowed into his personal account.

Najib has denied wrongdoing and Malaysia’s attorney-general has cleared him of any offence, saying the funds were a legitimate donation from the Saudi royal family.

Mahathir had vowed to investigate the scandal if elected and bring missing funds back to Malaysia. On Thursday, he said that if Najib had done anything wrong he would “face the consequences”. [nL3N1SH1PQ]

Malaysian markets were closed on Thursday and Friday for public holidays announced by Mahathir after the election, but overseas investors were nervous about Najib’s ouster after a decade in office and the ringgit lost four percent in offshore trading before stabilising on Friday.

The lawmaker said a key reason for declaring the public holidays was so that Mahathir could announce key ministerial positions and name the new adviser before trading started on Monday in an effort to reassure global investors that his government was off to a solid start.

“We need to show to the world that we are hitting the ground running,” the lawmaker said.