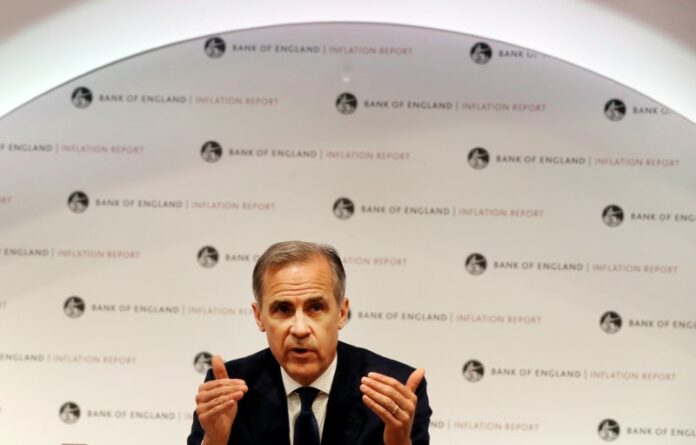 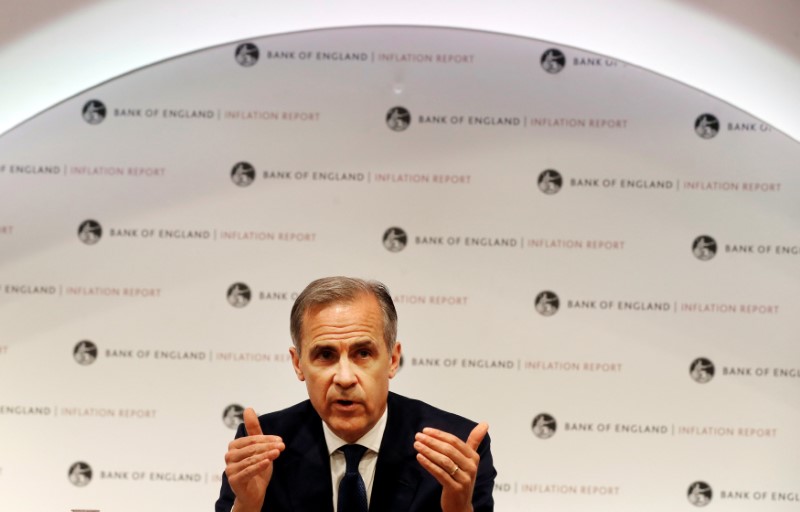 © Reuters. Mark Carney, Governor of the Bank of England, addresses the media during the quarterly Inflation Report press conference in London

LONDON (Reuters) – After the financial crisis rocked the framework of monetary policy, rate setters took to giving “forward guidance” to steady the ship, but the recent experience of British and Japanese central banks suggests it doesn’t guarantee a smooth journey.

Just a few weeks ago markets and economists were convinced the Bank of England was all set to hike interest rates on May 10, until Governor Mark Carney gave a surprisingly dovish interview and suddenly all bets were off.

In just a couple of weeks, the pound tumbled 7 cents against the dollar and, in probably the most dramatic turnaround in Reuters polling history, virtually every economist in a panel of more than 60 changed their forecast. [BOE/INT]

In theory, forward guidance smoothes the outlook, mitigating risk for businesses and financial institutions, and helping to spur investment. It also is supposed to make it easier for the general public to plan their personal finances.

The problem is, not following through with it can stoke even more confusion.

“Carney rather jumped the gun in hinting there was very likely to be a May hike and he had to row back because the data turned out to be slightly different to what they had anticipated,” said Andrew Kenningham, chief global economist at Capital Economics.

“I would think Carney will be a little bit more careful about what hints he drops in future.”

And this was not his first such experience. Carney was dubbed an “unreliable boyfriend” by a lawmaker in 2014, accused of giving inconsistent messages on the outlook for interest rates.

Treasury Committee member Pat McFadden said at the time businesses and consumers had been “left not really knowing where they stand” by statements made by the Bank.

“The only people who throw that term at me are in this room,” Carney retorted in a testy exchange with journalists at a news conference on Thursday, trying to turn the discussion toward the Bank’s stated primary audience, households and businesses, not the financial markets and media.

“They expect us not to be on some pre-set course. They expect us to be prudent, not passive, and so if the situation is appropriate we will adjust policy,” Carney said.

So why give guidance?

Statements from central bankers are always going to be scrutinized by financial professionals, word by word, for any changes in nuance.

“You need to give some guidance to markets as to how you are going about decision-making,” said Capital Economics’ Kenningham.

“In terms of speeches… perhaps governors need to be a bit more careful than other members of the committees about expressing views because markets will jump on anything they say as being more definitive than it is.”

KEEP CALM AND CARRY ON

The Bank of England is not alone in having to put forward guidance into reverse.

Bank of Japan Governor Haruhiko Kuroda jolted markets in March when he told parliament the central bank could consider and debate exiting its ultra-easy policy if inflation hit its 2 percent target as projected in the fiscal year ending in March 2020.

But he went back on his words just a few days later.

“I didn’t say the BOJ will immediately exit the easy policy in fiscal 2019. I only said there could be some debate of an exit if inflation hits 2 percent during fiscal 2019, as we project,” Kuroda clarified.

Perhaps his climbdown was warranted, given it now appears Japan’s economy likely contracted for the first time in two years in the three months to March.

Weak economic performance in the first quarter is one of the reasons the BoE changed its tune so abruptly.

Despite clear signs in business surveys of a slowdown, Draghi said at his post-decision press conference on April 26 growth was expected to remain solid and broad-based.

Sources have told Reuters ECB policymakers were keen not to upset investor expectations that its 2.55 trillion-euro stimulus programme would end this year and its policy rate would rise for the first time since 2011 towards the middle of next year.

And the U.S. Federal Reserve is now debating how to describe conditions under which it would try to slow the economy without alarming financial markets.

The Fed began raising rates in December 2015 and is now approaching a point where its stance can be described as neutral rather than accommodative, the first time it will face such a transition since its rate-hiking cycle in 2004-2006.

None of the policymakers charged with overseeing the move today were in the same position back then.

“What is the message we should be sending out to accompany that move?” Atlanta Fed president Raphael Bostic said in an interview with Reuters.

“We don’t want to freak out the market.”