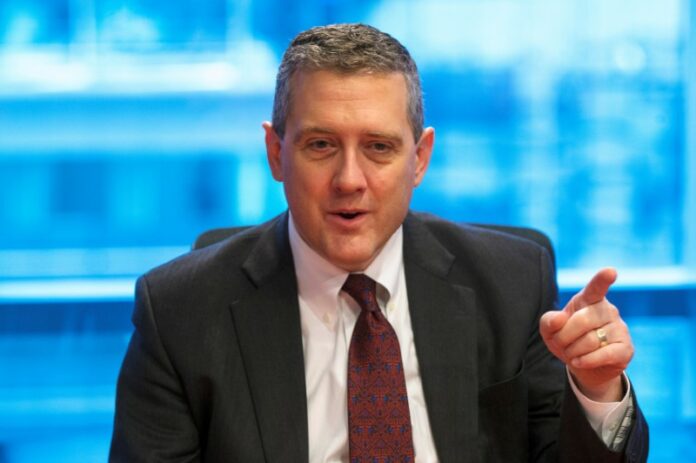 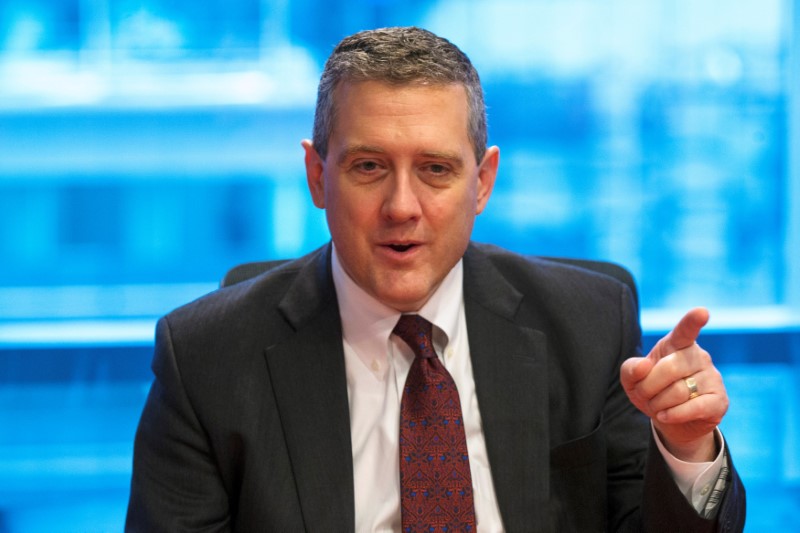 WASHINGTON (Reuters) – St. Louis Federal Reserve Bank President James Bullard on Friday spelled out the case against any further interest rate increases, saying rates may already have reached a “neutral” level that is no longer stimulating the economy.

Going further at this point, he said, risks nipping off business investment that might follow the recent corporate tax cut, upset healthy conditions in the labor market, and leave inflation expectations short of the central bank’s goal.

There are “reasons for caution in raising the policy rate further given current macroeconomic conditions,” Bullard said in remarks to the Springfield Area Chamber of Commerce in Springfield, Mo.

Bullard has made a series of arguments in recent years for halting further rate increases until it is clear that inflation, growth and market interest rates have shifted to a higher, more dynamic “regime.”

His colleagues have proceeded to gradually raise rates nonetheless, and currently expect to do so two more times this year. Many economists and analysts argue they will likely add an additional quarter-point increase this year as the impact of burgeoning federal deficits and a recent tax cut are felt in an economy with low unemployment and inflation edging up towards the Fed’s two percent target.

Bullard, who is not a voting member of the Fed’s policy committee this year, said he felt they may be moving too fast. While inflation now appears close to 2 percent, Bullard said his estimate of market-based inflation expectations show that investors “believe there is currently little inflationary pressure in the U.S.”

Leaving rates steady, he said, would “re-center inflation expectations at the target.”

He laid out a similar case for giving businesses more time to invest, and for extending what he sees as a healthy balance in job markets where building wage pressures offer companies a choice between paying more to workers or investing more capital to raise productivity.

“This is an equilibrium process, not an inflationary one,” Bullard said, and “it is not necessary to disrupt” it with higher interest rates.

He also flagged an evolving debate at the Fed about how much further rates can rise before they are neutral and no longer “accommodative.” That is a sensitive line the central bank may be hesitant to cross, but to Bullard it has already arrived.

The Fed’s current policy rate of between 1.5 and 1.75 percent is already “pressing against” estimates of the neutral rate, he said, another argument against going further.