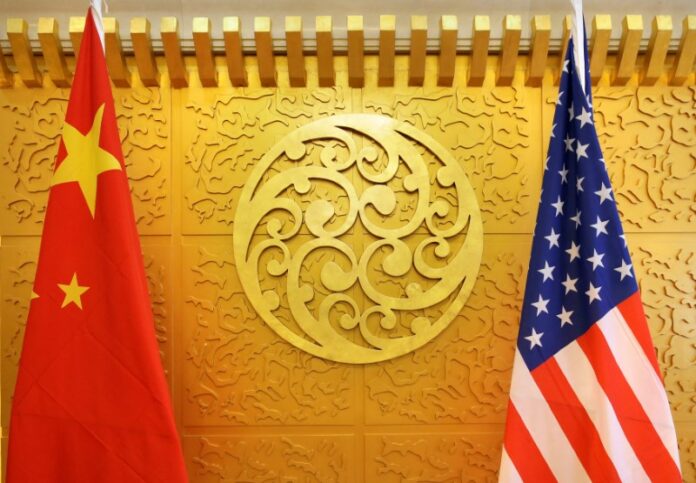 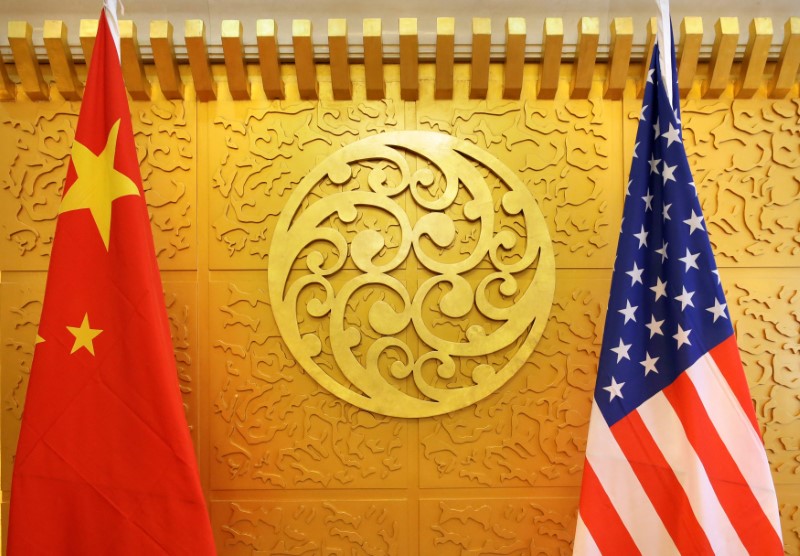 © Reuters. Chinese and U.S. flags are set up for a meeting during a visit by U.S. Secretary of Transportation Elaine Chao at China’s Ministry of Transport in Beijing

WASHINGTON (Reuters) – U.S. and Chinese officials are set to meet in Washington on Friday to discuss trade disputes between the world’s two largest economies ahead of a pending visit by China’s top economic official, a U.S. Treasury official said.

The official described the meeting as a follow-up to last week’s high-level trade talks in Beijing and in preparation for Chinese Vice Premier Liu He’s visit to Washington. However, the official declined to provide details of the Friday meetings, or specify the precise timing of Liu’s visit.

Trade talks in Beijing last week, led by U.S. Treasury Secretary Steven Mnuchin and Liu, failed to produce any breakthroughs to stave off U.S. tariff threats on up to $150 billion worth of Chinese goods, and China’s threats to retaliate in kind.

A source familiar with planning for the visit said a lower level delegation would likely head to Washington first and that might delay the Liu visit slightly.

U.S. Commerce Secretary Wilbur Ross told CNBC the timing of the Liu’s arrival was unclear and “there’s a chance it’s not next week.”

Ross also told a CNBC-sponsored event he thought the Chinese officials at the Beijing meetings “agreed to the concept of a trade deficit reduction – the questions are how much and how do you get there?”