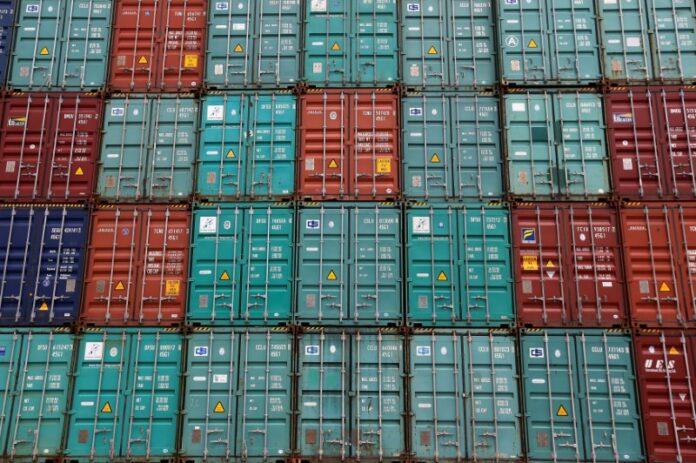 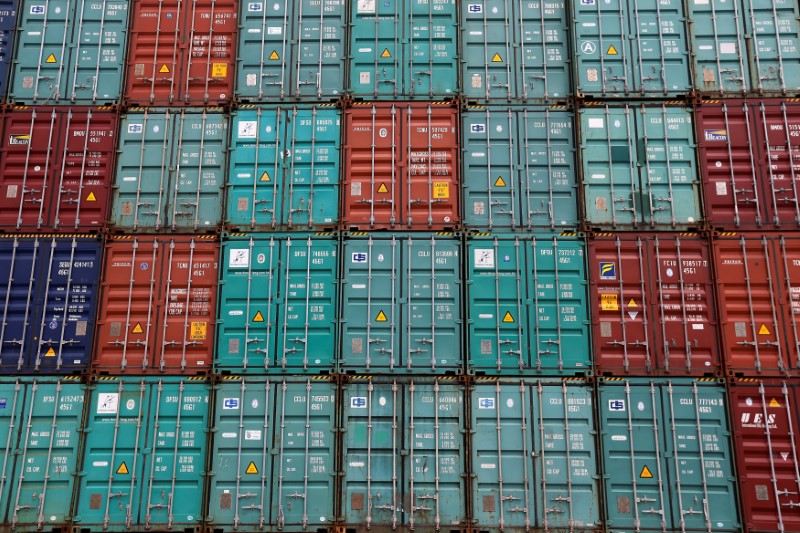 © Reuters. FILE PHOTO – A stack of shipping containers are pictured in the Port of Miami

WASHINGTON (Reuters) – U.S. import prices rose less than expected in April as a rebound in the cost of petroleum products was tempered by a drop in food prices, the latest indication that inflation pressures were increasing moderately.

“Import prices are consistent with our view that domestic inflation pressures will continue to gradually develop,” said Kathryn Asher, an economist at Moody’s Analytics in West Chester, Pennsylvania.

Signs of a moderate build-up of price pressures suggest the Federal Reserve will continue to gradually raise interest rates even as inflation is flirting with the U.S. central bank’s 2 percent target.

Crude prices were trading near 3-1/2-year highs on Friday as the prospect of new U.S. sanctions on Iran tightened the outlook for Middle East supply at a time when global crude production is only just keeping pace with rising demand.

President Donald Trump has pulled the United States out of an international nuclear deal with Iran and promised tough sanctions against Tehran.

Another survey from the Philadelphia Fed saw the core PCE price index averaging 2.0 percent in the second quarter compared to the previous forecast of 1.9 percent. Inflation was seen averaging 2.1 percent in both the third and fourth quarters.

“Inflation is running neither too hot nor too cold,” said Joel Naroff, chief economist at Naroff Economic Advisors in Holland, Pennsylvania. “It is running just right for rate hikes every other meeting.”

The Fed raised interest rates in March and has forecast at least two more hikes for this year. U.S. stocks were trading higher while prices for U.S. Treasuries fell marginally. The dollar slipped against a basket of currencies.

Import prices for nonfuel industrial supplies and materials increased 0.7 percent after jumping 1.0 percent in March. They were driven by a 4.0 percent surge in the prices of iron and steel mill products. Trump imposed a 25 percent import tariff on steel in March to shield domestic producers from what he said was unfair competition.

The cost of goods imported from China slipped 0.1 percent in April, the first drop in seven months, after rising 0.2 percent in March. Prices increased 0.2 percent in the 12 months through April.