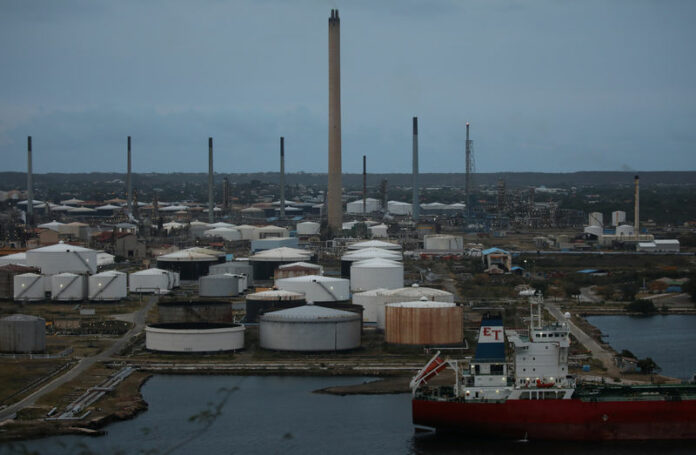 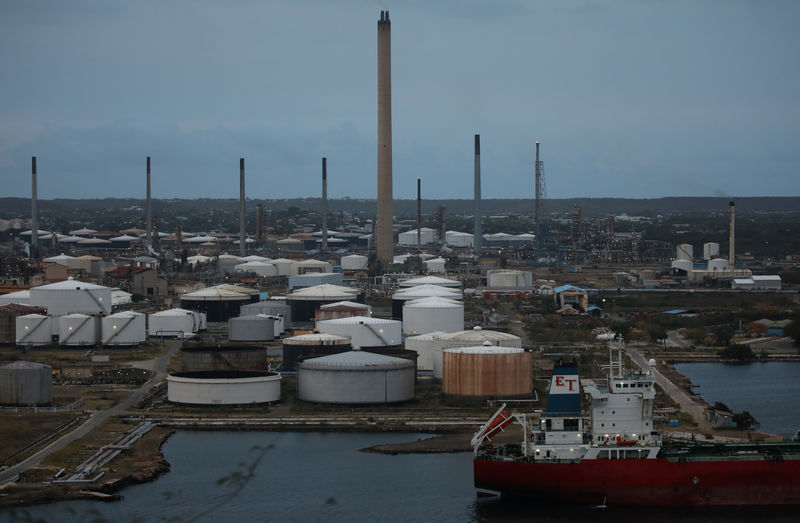 © Reuters. View of Isla refinery in Willemstad on the island of Curacao

WILLEMSTAD Reuters – – A Curacao court has authorized ConocoPhillips (N:) to seize about $636 million in assets belonging to Venezuela’s state oil company PDVSA due to the 2007 nationalization of the U.S. oil major’s projects in Venezuela.

The legal action was the latest in the Caribbean to enforce a $2 billion arbitration award by the International Chamber of Commerce (ICC) over the nationalization.

Conoco and PDVSA [PDVSA.UL] did not immediately respond to requests for comment.

Conoco earlier this month moved to temporarily seize PDVSA’s assets on Aruba, Bonaire, Curacao and St. Eustatius. That threw Venezuela’s oil export chain into a tailspin just as Venezuela’s crude production has crumbled to a more than 30-year low due to underinvestment, theft, a brain drain and mismanagement.

Reuters reported on Friday that PDVSA was preparing to shut down the 335,000 barrel-per-day Isla refinery it operates in Curacao amid threats by Conoco to seize cargoes sent to resupply the facility.

PDVSA is also seeking ways to sidestep legal orders to hand over assets. The Venezuelan firm has transferred custody over the fuel produced at the Isla refinery to the Curacao government, the owner of the facility, according to two sources with knowledge of the matter.

PDVSA transferred ownership of crude to be refined at Isla to its U.S. unit, Citgo Petroleum, one of the sources said.

For the time being, PDVSA has suspended all oil storage and shipping from its Caribbean facilities and concentrated most shipping in its main crude terminal of Jose, which is suffering from a backlog.