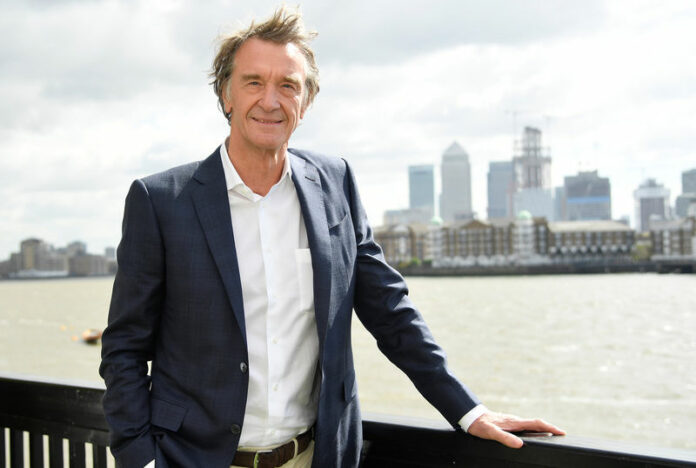 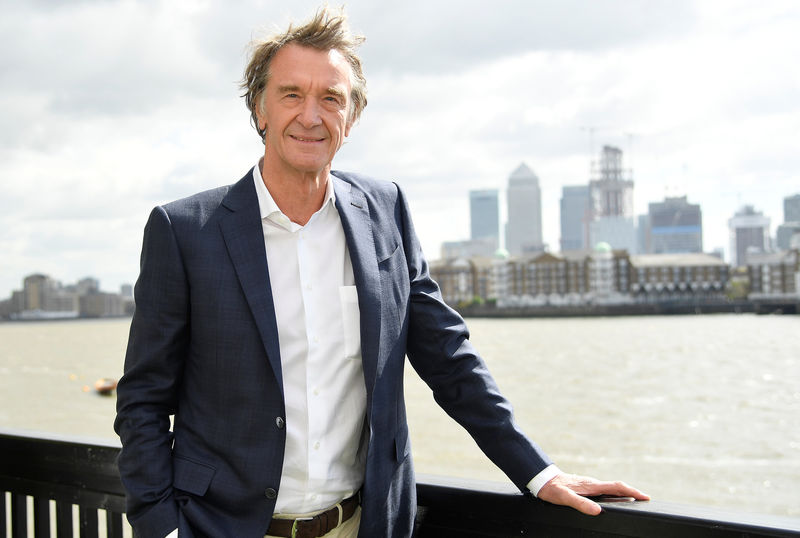 © Reuters. Ratcliffe, CEO of British petrochemicals company INEOS, poses for a portrait with the Canary Wharf financial district seen behind, ahead of a news conference announcing the launch of a British America’s Cup sailing team in London, Britain

LONDON (Reuters) – Jim Ratcliffe, the founder and boss of chemical giant Ineos, is the richest man in the United Kingdom, according to the Sunday Times Rich List, first among a record 145 billionaires living in the country.

Ratcliffe maintains a relatively low profile in Britain as the chief executive of the country’s largest private company which generates sales of around $60 billion by manufacturing petrochemicals, speciality chemicals and oil products.

The Sunday Times said Ratcliffe had shot up the list of Britain’s most wealthy due to the success of Ineos and after it got access to more detail on the company which is 60 percent owned by its founder.

Compiling the list for the 30th time, the Sunday Times said the wealth of the 1,000 richest people had jumped by 10 percent this year, and said that they were more diverse than before, with more women and entrepreneurs in the list.

“Britain is changing,” said Robert Watts, the compiler of the list. “Gone are the days when old money and a small band of industries dominated the Sunday Times Rich List.

“Aristocrats and inherited wealth has been elbowed out of the list and replaced by an army of self-made entrepreneurs.”

The paper said that London was now the number one city in the world for billionaires, with some 93 billionaires born, living or with their businesses based in London, ahead of New York in second.