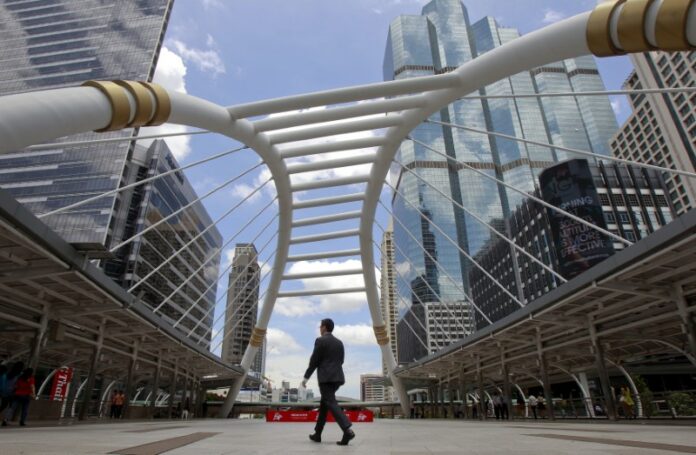 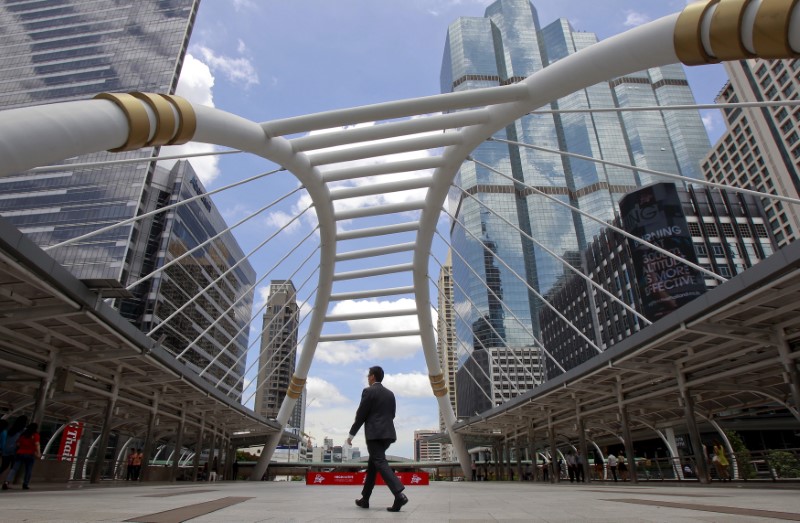 BANGKOK (Reuters) – Erratic delivery of public investment has left Thailand plodding behind faster-growing Southeast Asian economies, yet regulations introduced by the military-led government have made it even harder for state agencies to spend this year.

Disbursements for public projects fell by 5 percent in each of the two latest quarters, as bureaucrats observed stricter procurement rules introduced in the second half of 2017 to clamp down on graft.

That reduced support for the economy just at the time that growth began to falter late last year, adding to pressures on Prime Minister Prayuth Chan-ocha’s junta as it prepares to return Thailand to democracy in early 2019.

The finance ministry has banked on stronger export growth to keep its 2018 economic growth forecast at 4.2 percent, though analysts reckoned the fall in public investment spending could be worse than the ministry anticipates.

“Disbursement has been disappointing and is a key downside risk to growth,” said Charnon Boonnuch, an economist of Nomura in Singapore, who predicts 4 percent growth for 2018.

Assistant central bank governor Jaturong Jantarangs warned last month that the drag on public sector spending caused by the new rules could last into the third quarter of this year.

It is a reason why investors have retreated from construction firms, even though more infrastructure projects are underway.

The construction materials index .SETCO> has fallen 11 percent since the middle of last year while the construction services index .SETCS> slumped 28 percent, underperforming an 11 percent rise in the broader share market (). “Builders will continue to face risks of delays in the bidding of public works,” said Kamonyos Sukhumsuwan, a senior fund manager of Asset Plus Fund Management.

Completing four years in power this month, the junta’s best year for economic growth was 2017, when it notched 3.9 percent, a distant fourth behind the Philippines 6.7 percent, Malaysia’s 5.9 percent and Indonesia’s 5.07 percent.

Chances of catching up this year will be handicapped by the 3.5 percent reduction in government investment spending in 2017, which marked a sharp reversal from a 30 percent jump in 2016.

Prayuth, the army chief who led a coup in 2014 against a civilian government, should want to show more success if he intends contesting a general election to retain the premiership.

Having delayed several times already, the latest date given by Prayuth for polls is February next year.

The junta is already facing growing disillusion over shrinking incomes, particularly in the rural areas.

With exports and domestic demand soft, say analysts, the junta, known as the National Council for Peace and Order (NCPO), knows it needs to accelerate spending, including on large infrastructure projects.

Having ousted a civilian government it accused of being inept and corrupt, the junta wants projects to be as clean as possible, so that critics have less ammunition to attack it later.

Public projects are facing delays over issues arising from bidding and feasibility studies partly as a result of that caution.

To get things moving, Prayuth has sometimes resorted to issuing decrees, as he did in June last year to clear away legal and technical obstacles to a much delayed high-speed railway project from Bangkok to the northeastern province of Nakhon Ratchasima.

The junta also plans to open bidding for transport projects worth a further 640 billion baht this year, including a 225 billion baht high-speed rail project to link three main international airports, according to Transport Minister Arkhom Termpittayapaisith.