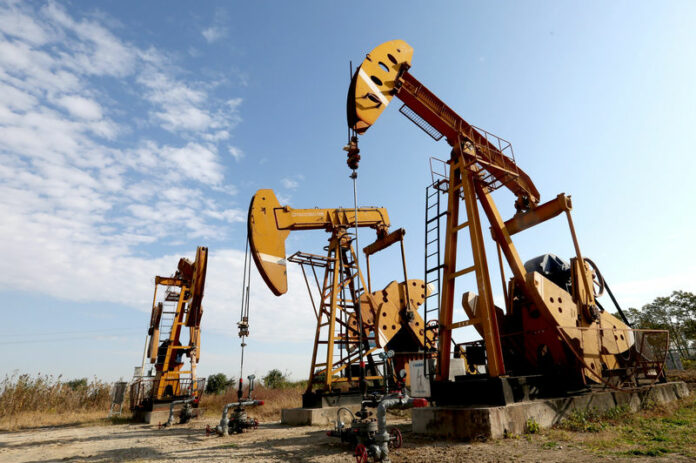 Oil Prices Back Off Recent Highs In Cautious Start To Week

Investing.com – Oil prices edged lower for the second session in a row on Monday, moving further away from more than three-year highs touched recently, as a rise in U.S. drilling for new production dampened sentiment.

U.S. drillers added 10 oil rigs in the week to May 11, bringing the total count to , the highest number since March 2015, General Electric (NYSE:)’s Baker Hughes energy services firm said in its closely followed report on Friday.

That was the sixth consecutive weekly increase in the rig count, underscoring worries about rising U.S. output.

The relentless increase in U.S. production marked one of the few factors tamping back crude in an otherwise bullish environment in recent weeks.

WTI and Brent last week reached their highest since November 2014 at $71.89 and $78.00 per barrel respectively, after U.S. President Donald Trump walked away from an international nuclear deal with Iran and reimposed “the highest level of economic sanctions” against the country.

Exiting the deal leaves the U.S. at odds with Europe and other parties to the deal, who will try to keep it in place.

It may also increase tensions in the Middle East, especially between Israel and Iran.

Oil traders looked ahead to the due later in the global day to assess global supply and demand levels. The data will give traders a better picture of whether a global rebalancing is taking place in the oil market.

Fresh weekly data on U.S. commercial crude inventories on and to gauge the strength of demand in the world’s largest oil consumer and how fast output levels will continue to rise will also capture the market’s attention .