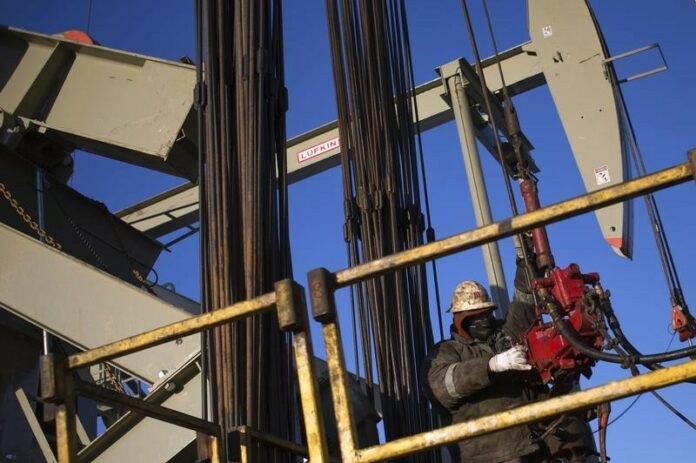 Investing.com – Oil prices on Monday morning in Asia receded from last week’s multi-year highs as resistance emerged in Europe and Asia to U.S. sanctions against major crude exporter Iran, while a relentless climb in U.S. drilling activity pointed to further increases in output.

Germany has said it will protect its companies from U.S. sanctions, and Iran has said French oil giant Total has yet to pull out of its fields. Meanwhile, China seems ready to fill the void created by the U.S.

Around a million barrels of oil a day is likely to disappear, threatening to tip the oil market into undersupply. The sanctions come amid an oil market that has already been tightening due to rising demand in Asia and efforts led by top exporter Saudi Arabia and top producer Russia to withhold oil supplies and prop up prices.

Iran currently produces around 4% of global oil supplies and is the third-largest producer in the Organization of the Petroleum Exporting Countries (OPEC).

In addition, U.S. President Donald Trump’s move to pull the U.S. out of the international nuclear deal raised the risk of conflict in the Middle East, triggering concerns of instability in the oil market.

Meanwhile, a rise in U.S. drilling for new oil production has kept oil prices in check.

The U.S. is expected to surpass Russia and become the world’s largest producer by 2019.