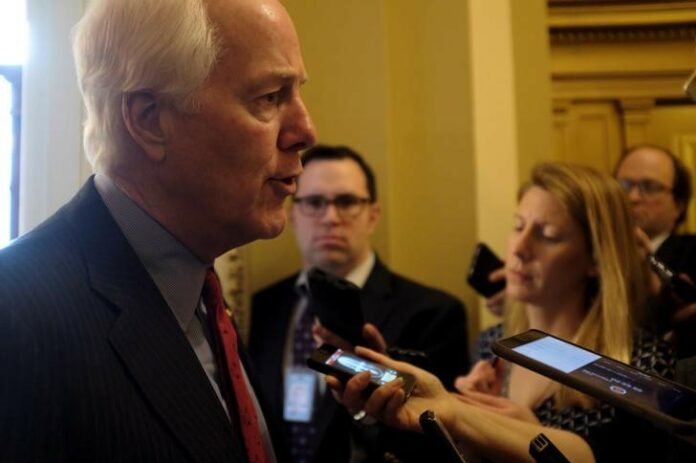 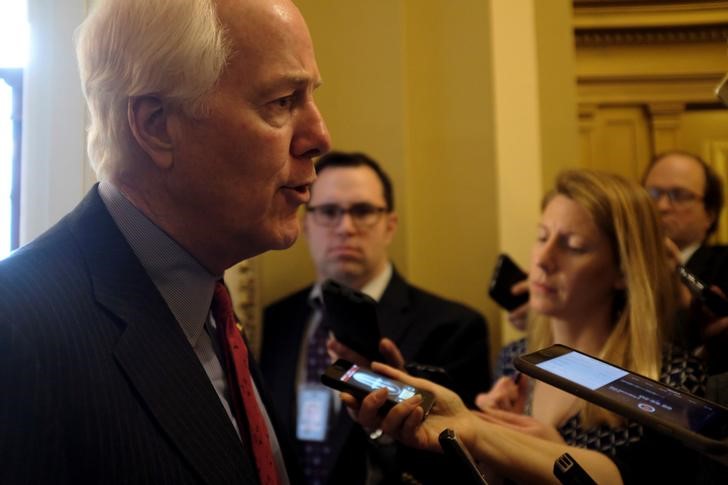 © Reuters. U.S. Senate Majority Whip John Cornyn (R-TX) speaks with reporters after delivering remarks on the Senate floor about the involvement of the United States in Saudi Arabian hostilities inside Yemen

WASHINGTON (Reuters) – A U.S. House of Representatives panel hopes to vote shortly on proposed changes to a bill to tighten oversight of foreign investment in the United States, according to a source close to the process.

The Senate and House are considering bills introduced last November that would expand the powers of an interagency Committee on Foreign Investment in the United States, or CFIUS, which reviews investments to ensure they do not harm national security.

Senator John Cornyn and Representative Robert Pittenger, both Republicans, introduced identical bills in their respective chambers with broad bipartisan support. The changes being proposed in both chambers are not identical but are similar in that they attempt to calm companies’ concerns that innocuous deals might get pulled into a lengthy review.

The Senate Banking Committee is to vote on changes to their bill on May 22.

The House Committee on Financial Services hopes to vote on its amendments shortly, said the source, speaking on condition of anonymity. No date has been set.

The proposed changes to the House version of the bill brings it to 148 pages, and includes Representative Ed Royce’s export control bill. The changes would modernize how U.S. regulation of sales of high-end goods that have civilian and military uses, particularly critical emerging technologies such as robotics.

It excludes a measure that had caused heartburn in the technology and investor sectors because it would have allowed CFIUS to review joint ventures that could potentially lead to technology transfer, delaying consummation of proposed transactions.

The Defense Department fears that a leakage of high tech equipment to foreign adversaries would lead to U.S. soldiers facing U.S. technology in a future battlefield.

Mattis also lent support to a measure in the bill that would force a foreign buyer of vacant land to go through CFIUS if it is near a military installation.

CFIUS, which is led by the Treasury Department, has killed a long list of deals, most notably attempts to purchase semiconductor companies such as Qualcomm Inc (O:). It also blocked Chinese conglomerate HNA Group’s bid to buy most of SkyBridge Capital, a hedge fund investment firm founded by Anthony Scaramucci, a former aide to U.S. President Donald Trump.

Short-Term Debt:CP supply up; rates in thin band ahead of RBI policy

Japan to provide $2.8 billion worth of aid for better nutrition -PM Kishida

Short-Term Debt:CP supply up; rates in thin band ahead of RBI policy

Japan to provide $2.8 billion worth of aid for better nutrition -PM Kishida

Oil Tacks on Another 4% as All Caution over Omicron Abandoned