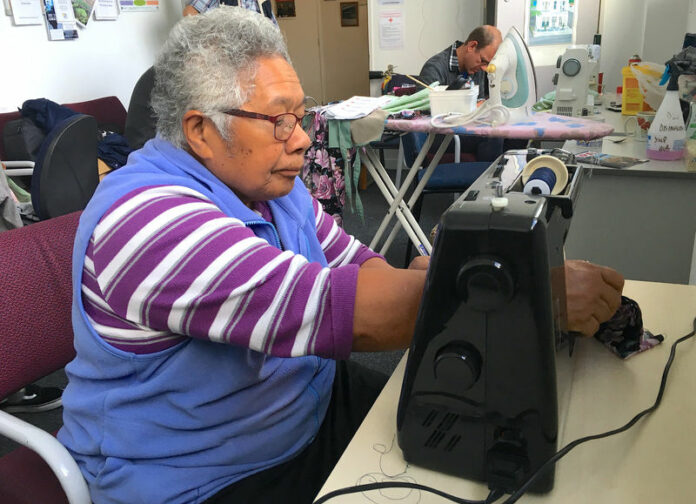 Left behind: why boomtown New Zealand has a homelessness crisis 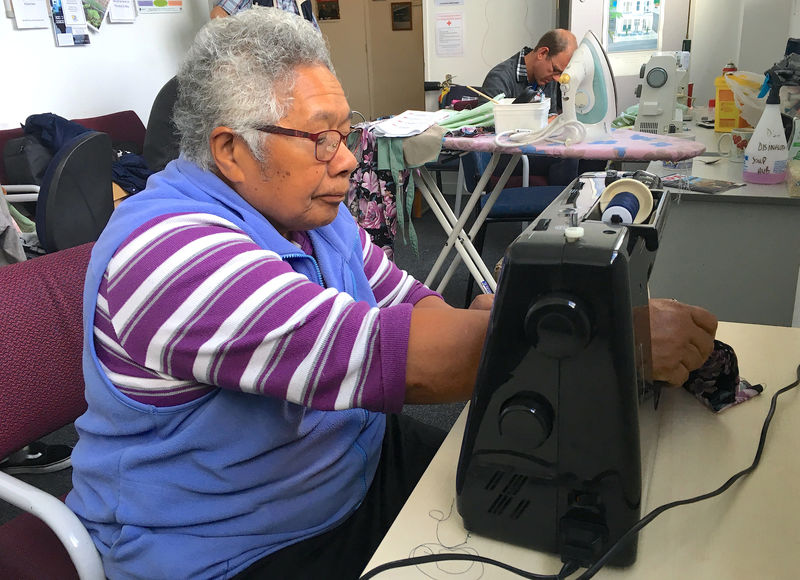 © Reuters. FILE PHOTO: Sister Josefa uses a sewing machine as she teaches sewing at the Compassion Soup Kitchen in Wellington

By Jonathan Barrett and Charlotte Greenfield

WELLINGTON (Reuters) – New Zealand’s dairy-fuelled economy has for several years been the envy of the rich world, yet despite the rise in prosperity tens of thousands of residents are sleeping in cars, shop entrances and alleyways.

The emerging crisis has created a milestone that New Zealanders won’t be proud of: the highest homelessness rate among the 35 high-income OECD countries.

It’s a curious problem afflicting boom towns where some residents get pushed onto the streets as they can no longer afford the rocketing rents in a flourishing economy – let alone purchase a house as the price of property has soared.

“I have no assets at the moment,” said 64-year-old Victor Young, who spoke to Reuters at a soup kitchen in New Zealand’s capital, Wellington.

That sentiment is something the country’s popular Prime Minister Jacinda Ardern would like to reverse. Last Thursday, across town from the Sisters of Compassion Soup Kitchen, her Labour-led government unveiled its first budget with an ambitious plan to build social infrastructure.

The government has allocated NZ$3.8 billion ($2.62 billion)of new capital spending over a five-year period. This includes an extra NZ$634 million for housing, on top of the NZ$2.1 billion previously announced to fund Kiwibuild, a government building program to increase affordable housing supply.

‘LONG WAY DOWN THE HOLE’

Much is expected of the charismatic 37-year-old prime minister, after her party put fixing the housing crisis at the heart of its successful election campaign in September. Arden’s challenge is to not allow her spending plan blow a hole in the strong finances her government inherited.

“We are proud of her,” said Sister Josefa, who is on staff at the soup kitchen. “There is a lot of hope, maybe a lot of expectation too.”

But experts say the government’s first budget underwhelms on the radical reforms the wider public wanted.

“They’re a long way down a hole that was created by somebody else and they haven’t really got a great or easy solution,” said John Tookey, professor of construction management at Auckland University of Technology.

He said the government’s much-vaunted Kiwibuild could come unstuck because there weren’t enough skilled workers to deliver on its ambitious target to build 100,000 homes in the next decade.

Even the budget’s extra social housing spend was unlikely to alleviate the signs of families living in cars, caravans and garages that Salvation Army policy analyst Alan Johnson sees around his South Auckland neighborhood.

“The Minister of Finance suggested it was transformational and I think it’s a long way short of that,” Johnson said.

FALLING THROUGH THE CRACKS

New Zealand is on a six-year economic winning streak, underpinned by a strong dairy sector, booming tourism and migration.

That golden run is expected to continue, with Treasury expecting economic growth to hit a peak of 3.8 percent in 2019 – well above the 2 percent growth the International Monetary Fund forecasts developed economies to achieve.

But infrastructure in New Zealand has not kept pace.

A housing crunch, traffic jams, and hospital staff shortages led to an abrupt shift in public sentiment away from the seemingly unbeatable center-right National Party at the 2017 election.

Some, of course, enjoyed the fruits of the boom, particularly in the past decade. Others were squeezed.

Maoris, the indigenous people of New Zealand, account for a third of the homeless though they make up only 15 percent of the population.

A Yale study of OECD data found that New Zealand had the highest rate of homelessness among member nations, with almost 1 percent of its population living without a permanent shelter in 2015.

The situation has likely deteriorated since the study, analysts said, with the number of people eligible for government housing support doubling since 2015. And wage growth has significantly lagged house price growth of over 60 percent in the past decade, highlighting how even those with a roof over their heads are getting squeezed.

Homelessness is at its worst in New Zealand’s most populated city, Auckland, which has also experienced the most severe housing crunch, with prices jumping 90 percent in the past decade, according to property researcher Quotable Value.

Several people living on the streets interviewed by Reuters said they had left Auckland for Wellington.

But the pressure has spread far and wide. Even in Wellington, a city known for pricey craft beer bars and artisan coffee shops where workers enjoy the biggest pay packets in the country, many are falling into the boom town cracks.

“Sometimes all we can do is give them blankets and bedding.”