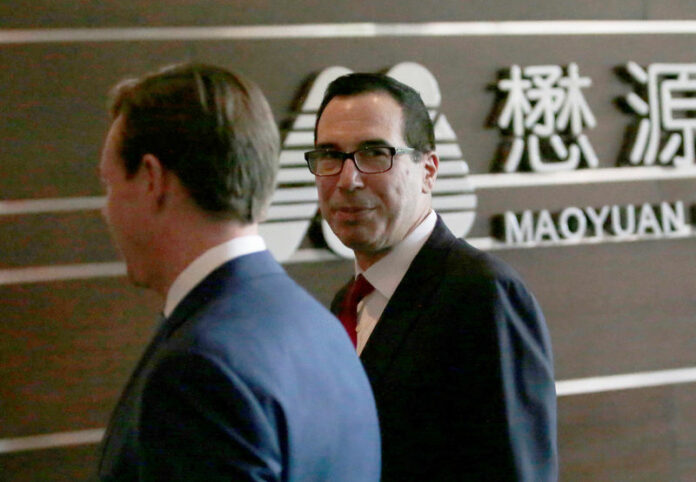 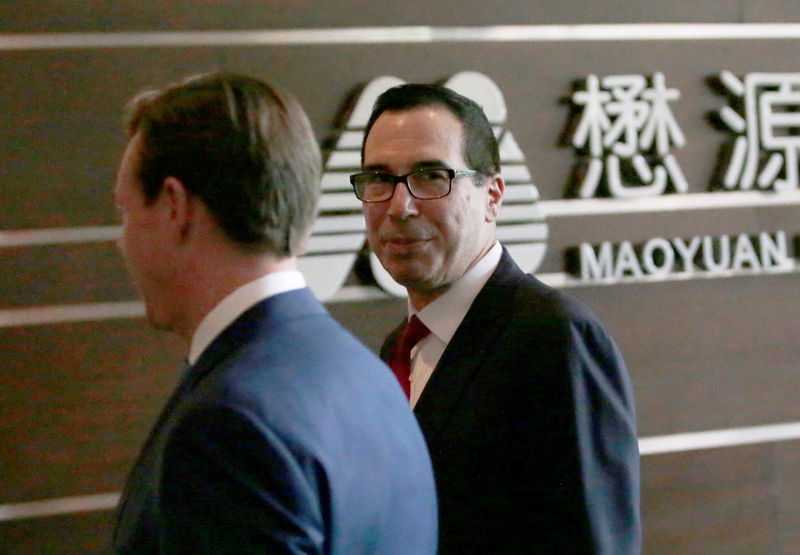 © Reuters. U.S. Treasury Secretary Steven Mnuchin is seen as he and a U.S. delegation for trade talks with China arrive at a hotel in Beijing

WASHINGTON (Reuters) – The U.S. trade war with China is “on hold” after the world’s largest economies agreed to drop their tariff threats while they work on a wider trade agreement, U.S. Treasury Secretary Steven Mnuchin said on Sunday.

Mnuchin and U.S. President Donald Trump’s top economic adviser, Larry Kudlow, said the agreement reached by Chinese and American negotiators on Saturday set up a framework for addressing trade imbalances in the future.

“We are putting the trade war on hold. Right now, we have agreed to put the tariffs on hold while we try to execute the framework,” Mnuchin said in a television interview on “Fox News Sunday.”

On Saturday, Beijing and Washington said they would keep talking about measures under which China would import more energy and agricultural commodities from the United States to close the $335 billion annual U.S. goods and services trade deficit with China.

During an initial round of talks earlier this month in Beijing, Washington demanded that China reduce its trade surplus by $200 billion. No dollar figure was cited in the countries’ joint statement on Saturday.

“He’s going to be looking into a number of areas where we’re going to have greatly significant increases,” including energy, liquefied , agriculture and manufacturing, Kudlow said in an interview with ABC’s “This Week.”

Mnuchin said the United States expects to see a big increase of between 35 percent and 40 percent in agricultural exports to China and a doubling of energy purchases over the next three to five years.

“We have specific targets. I am not going to publicly disclose what they are. They go industry by industry,” Mnuchin said.