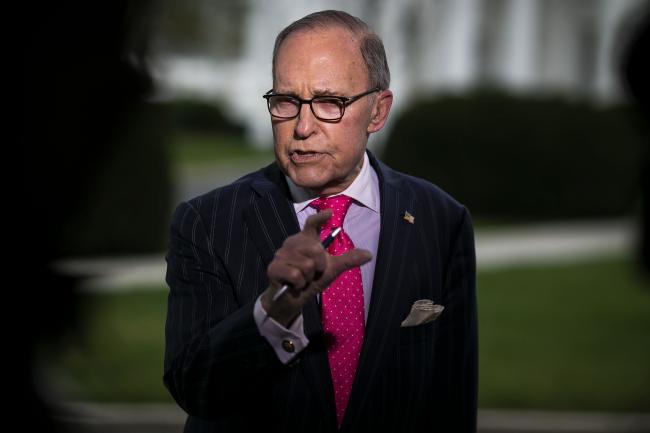 “I’ve heard privately in the discussions and the engagements between meetings that the Chinese are in fact very willing to open the door to a lot more financial services,” Kudlow said Monday in an interview on CNBC.

The array of options being discussed includes China allowing in American financial companies to set up asset management companies and help deal with bad debt. Foreign firms including BlackRock Inc (NYSE:). and Fidelity International have been trying to tap the country’s growing asset management market.

“One of the things we’ve been talking about is to let American financial companies go in there and actually try to help them out to work through these non-performing loans and to set up asset managing companies without the state interfering or creating levels of bureaucracy,” said Kudlow.

China is a key area of focus for BlackRock, CEO Larry Fink wrote in his 2017 letter to shareholders.

“One of the most critical priorities for BlackRock today and into the future is increasing our presence and penetration in high-growth markets around the world, particularly in Asia and especially China,” Fink said in the letter. He added that it will take “time and patience” as the country’s market evolves.

China has promised to remove hurdles in the financial markets for foreign companies, and set a June deadline for allowing non-Chinese firms to own as much as 51 percent of their securities joint ventures, up from the current 49 percent ceiling.

There is also potential for almost doubling American farming exports to China, Kudlow said in the interview. Exporters of technology, liquefied and coal could also benefit from a commitment from China to increase purchases of American goods, he said.

The Trump administration announced over the weekend that it won’t impose tariffs on Chinese products for now, after the nations made progress on trade issues during two days of talks in Washington. Trump had threatened to impose tariffs on as much as $150 billion in Chinese imports to punish Beijing for allegedly violating U.S. intellectual property rules. China vowed to retaliate with tariffs on everything from soybeans to airplanes.

(Adds BlackRock on China starting in the sixth paragraph.)