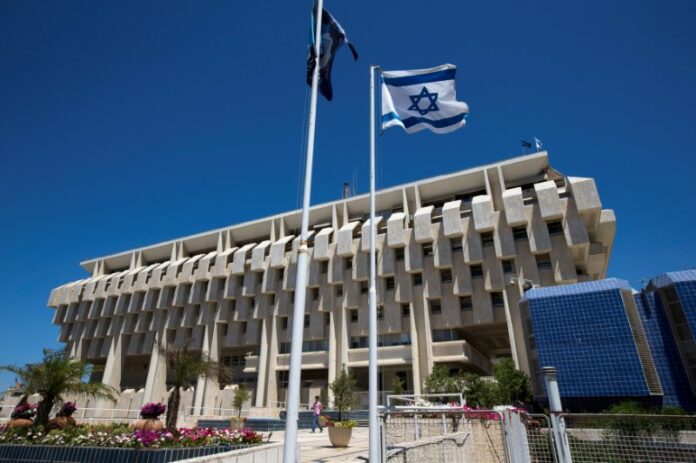 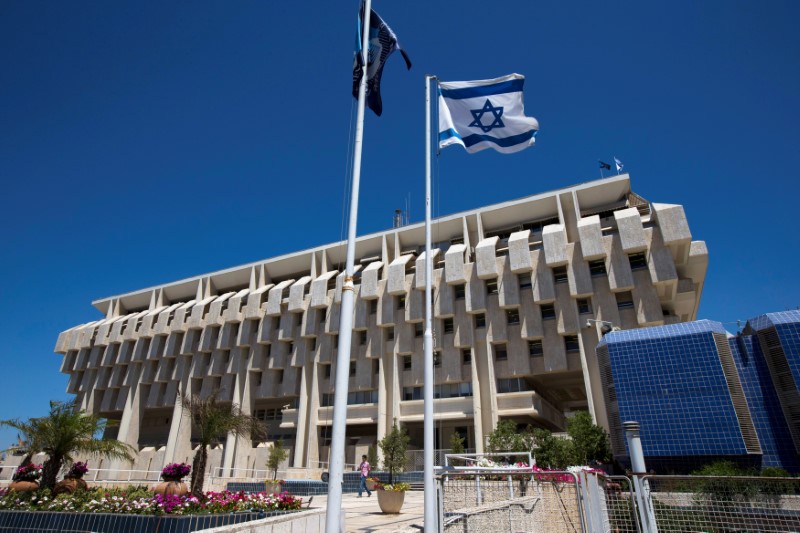 © Reuters. An Israeli flag flutters outside the Bank of Israel building in Jerusalem

JERUSALEM (Reuters) – Israel’s central bank is expected to keep short-term interest rates unchanged again this week, with a rate hike possible by the end of the year, a Reuters poll showed.

In April five of the six monetary policy committee members voted to keep rates steady for the 33rd time in succession, although one called for a rate increase.

At the meeting, the central bank held out the possibility of an increase toward the end of 2018 if inflation was moving back into a 1-3 percent target range.

Most economists believe the key rate will not rise before 2019. However, the central bank staff in April reiterated their projection for a 15 basis point increase in the fourth quarter of this year to end 2018 at 0.25 percent, followed by a quarter-point increase in 2019 to bring the rate to 0.5 percent.

“Inflation is on the way to reach the lower limit of the target, and … the Bank of Israel will want to join the trend of other central banks like the UK, Canada and maybe Sweden,” he said, adding that the shekel exchange rate remains a key factor.

Since the last rates decision on April 16, the shekel has weakened to 3.57 per dollar

Israel’s inflation rate was 0.4 percent in March and bond market yields indicate a 0.9 percent rate in a year’s time.

The central bank, which forecasts inflation of 1.1 percent at the end of 2018, has said it will not lift rates until inflation is entrenched in the target range.

One cloud hanging over the decision is Bank of Israel Governor Karnit Flug’s future. Her first five-year term ends in October and Finance Minister Moshe Kahlon has made it clear he wants a change. There have been reports that Prime Minister Benjamin Netanyahu, who has the final say, also wants Flug replaced.

Flug has said she was undecided on whether to stand for a second term.