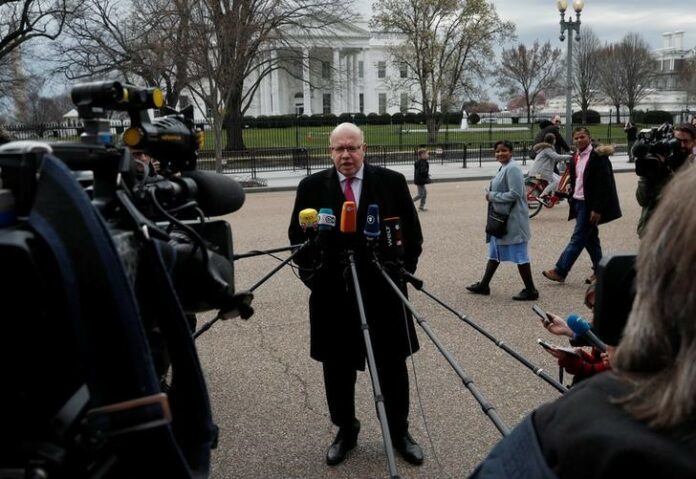 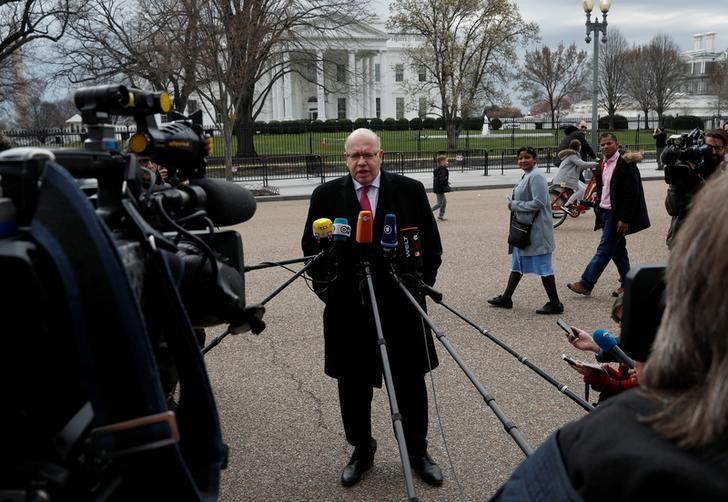 (Bloomberg) — The European Union is seeking a last-minute deal with the U.S. to avoid inflaming global trade tensions as President Donald Trump prepares to impose tariffs on steel and aluminum imports at the end of the month.

“We’re at the beginning of a decisive week,” German Economy Minister Peter Altmaier told reporters in Brussels on Monday. “We have to try to avoid higher tariffs if possible and that means we’re ready to agree with the Americans on points that are necessary in our mutual interest.”

The U.S. in March imposed levies of 25 percent on steel imports and 10 percent on aluminum imports, giving some regions, including the EU, a temporary reprieve that will expire June 1. The 28-nation bloc has threatened to retaliate with duties on 2.8 billion euros ($3.3 billion) of American products if tariffs go into effect. Washington offered the possibility of quotas set at 90 percent of last year’s imports as an alternative to the tariffs, but the EU has said it would only accept a cap that wouldn’t be lower than last year’s level.

U.S. Commerce Secretary Wilbur Ross and the EU’s trade chief Cecilia Malmstrom will meet this week at an Organization for Economic Cooperation and Development event in Paris, where trade ministers will hold intensive talks before the waiver deadline. And even though the EU has said it won’t negotiate with the U.S. until it has received an unconditional reprieve from the tariffs, Altmaier said the bloc is willing to discuss trade in industrial goods and recognition of standards.

“We have to avoid a trade conflict because everyone suffers from it, the citizens in Europe just like the citizens in the U.S.,” Altmaier said. “Many jobs are also at stake.”

Europe’s resolve against U.S. actions that EU President Donald Tusk has described as “capricious assertiveness,” varies between member states, as export-dependent Germany has adopted a more conciliatory tone than France. In addition to the tariff threat, the U.S. rattled continental capitals earlier this month announcing it would pull out of the landmark Iran nuclear accord which the remaining signatories — Russia, China, France, Germany and the U.K., along with the EU — all say is working.

“We continue to engage with our U.S. partners to avoid confrontation,” Malmstrom told a business conference in Brussels on Monday, according to a copy of her prepared remarks. “We are free traders but we are not naïve — and we follow multilateral rules every step of the way.”

A conflict between the U.S. and the EU will only inflame global tensions, as the U.S. has proposed tariffs on up to $150 billion in Chinese imports, which Beijing has said it’s prepared to retaliate against. The Trump administration also opened a new front, launching a probe into whether auto imports imperil national security.

“We will use the time from today until Wednesday, until the beginning of the OECD conference, to talk about a deal that’s in the interest of both sides,” Altmaier said.

(Updates with Malmstrom comments in the seventh paragraph.)