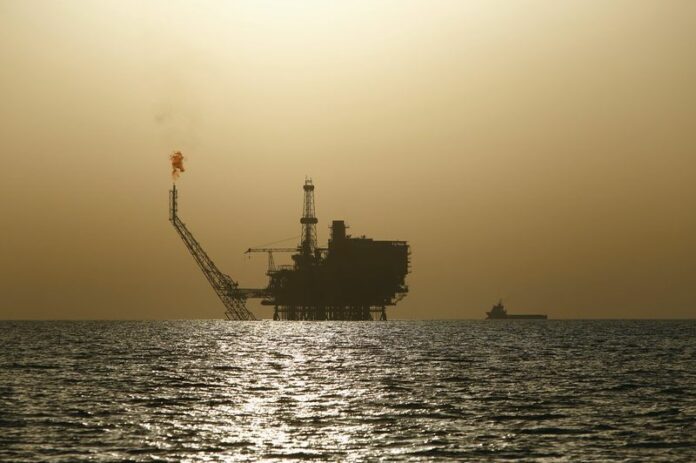 (Bloomberg) — The outlook for oil is still bullish, according to Goldman Sachs Group Inc (NYSE:).

A plan by Saudi Arabia and Russia to revive production after over a year of curbs to clear a global glut signals supplies are currently tight, and isn’t a bearish development, analysts including Damien Courvalin wrote in a report. Even if the nations boost output by 1 million barrels a day, that would only offset involuntary production declines, according to the bank.

Goldman has been an oil bull since early last year, saying growing demand and output reductions by OPEC and its allies will help revive crude from the worst crash in a generation. Now, as prices retreat after surging to levels last seen in 2014, the bank’s sticking to its optimistic stance and sees the current decline as temporary. Its latest report follows another earlier this month, when it admonished money managers who cut their bullish bets on oil.

“The current level of the market deficit, the robustness of the demand backdrop, and the rising levels of disruptions all set the stage for inventories to fall further,” the analysts wrote in the May 25 report. The proposal for the Organization of Petroleum Exporting Countries to lift output will require additional increases in production in 2019, which will further reduce already limited spare capacity next year, according to the bank.

Prices are falling after Saudi Arabia and Russia last week signaled they’ll restore some of the output they halted as part of an accord with 22 other nations. Most producers weren’t consulted about the proposal to revive supplies.

Suhail Al Mazrouei, energy minister for the United Arab Emirates and current holder of OPEC’s rotating presidency, said the group as a whole will decide whether to adjust production. The countries are said to have concluded that the market re-balanced in April.

A gradual implementation of a plan to boost output by 1 million barrels a day would still leave the market in deficit through the third quarter of 2018, according to Goldman. Additionally, ongoing disruptions in economically fragile OPEC member Venezuela and potential losses from fellow group member Iran because of renewed U.S. sanctions on the Islamic Republic are likely to partially offset this higher supply, the bank said.

Given that the pace of demand growth will be sustained even if Brent crude is at $80 a barrel, and there are infrastructure problems that pose hurdles to bringing surging North American production to the market, the global oil balance will need further increases in OPEC and Russian production in 2019, the bank said, reiterating its $82.50-a-barrel Brent price forecast for the third quarter of 2018.

Goldman still sees “risks to prices in the second half of 2018-2019 as skewed to further upside.” The bank added that “historically, prices have declined after the announcement of OPEC production increases, however, when these occurred in a strong demand environment like today, prices were on average 8 percent higher than pre-announcement two months later.”