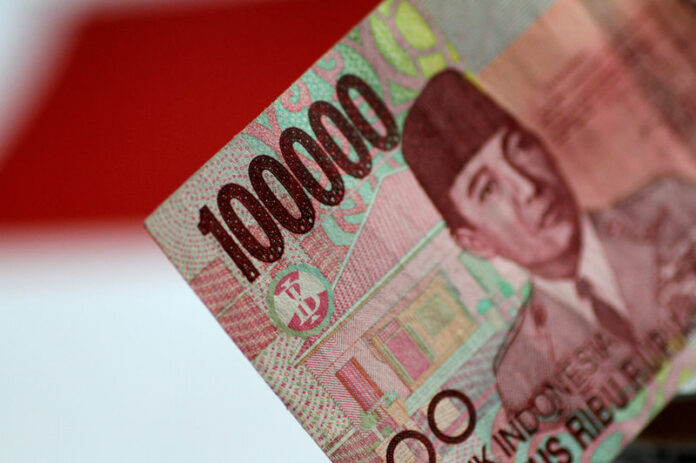 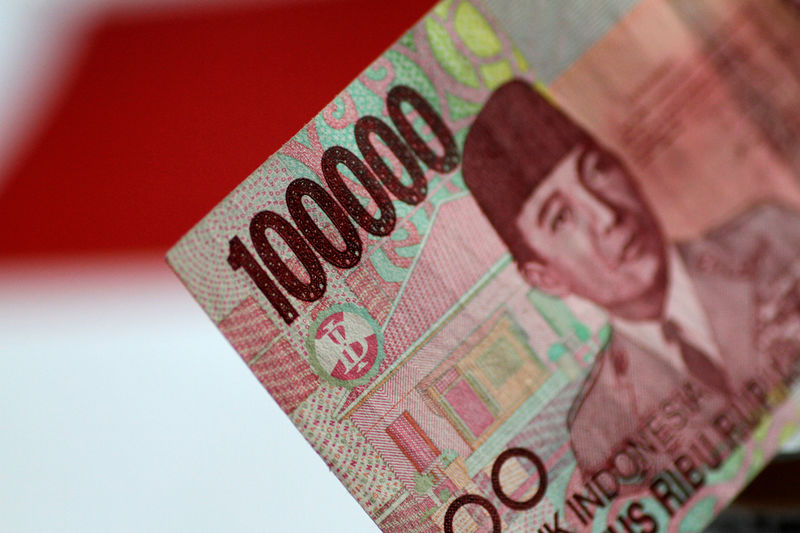 © Reuters. FILE PHOTO – An Indonesia Rupiah note is seen in this picture illustration

JAKARTA (Reuters) – Indonesia’s top policymakers sought to shore up confidence in Southeast Asia’s biggest economy, as bets grow that the central bank will raise interest rates for the second time in two weeks at an out-of-cycle policy meeting on Wednesday.

Perry Warjiyo, sworn in as governor last week, said on Monday it was not an “emergency meeting”, but the rupiah

Alongside other emerging markets, Indonesia has seen an outflow of funds as U.S. assets become more attractive due to rising interest rates.

Bank Indonesia (BI) on May 17 raised its benchmark interest rate

“The dynamics offshore happen so quickly and market perceptions are formed quickly that there is a tendency that some became irrational,” Warjiyo told a briefing attended by other policymakers.

“These dynamics need to be responded to immediately to stabilize things.”

He said Wednesday’s meeting will look ahead to the Federal Reserve’s June policy review, which is expected to raise U.S. rates again.

In a Reuters Poll on Monday, 16 out 18 economists predicted BI will increase its key rate 25 basis points on Wednesday. One forecast a 50 basis point hike, and other predicted BI would stand pat.

BI’s next scheduled meeting is June 27-28, after the Eid al-Fitr holidays following the Muslim fasting month of Ramadan. This period is also a time of peak spending in the world’s biggest Muslim-majority country, adding to pressure on policymakers to maintain stability.

At Monday’s news conference, Darmin Nasution, the coordinating minister of economics, said regulators will prioritize stability in the short-term and economic growth in the medium-term.

“We are not in a crisis. These are to strengthen things, to respond to dynamics,” said Nasution.

“Markets have taken positively to news of an additional meeting on 30 May (and prospects for more policy tightening),” DBS said in a note.

Last week, Warjiyo promised to use interest rate policy to stabilize the rupiah in the near-term and to be “more pre-emptive” and ahead of the curve on monetary settings.

The rupiah has been among the worst performers among Asian currencies this year, losing about 3 percent of its value, as investors slash their holdings in emerging markets in response to rising U.S. Treasury yields.

The last time BI held an extraordinary meeting was the November 2014 one that raised its main policy rate, to tackle rising inflation expectations.

“Indonesia faces the possibility of having to bring down its current account deficit at the expense of GDP growth, as in 2013,” Citi economist Helmi Arman said in a note.

When Indonesia last faced such market volatility in 2013, during the so-called “taper tantrum”, policymakers took measures to restore calm.

These included BI raising rates by 175 basis points, allowing the exchange rate to depreciate and preparing bilateral swap agreements, while the government let in more imports to maintain domestic prices.

Policymakers have already repeated some of these measures.Warjiyo said the “dual intervention” BI is currently doing in the currency and bond markets is similar to 2013.

BI has also announced an intention to broaden swap agreements with Japan to bolster its “second line of defense”.

However, officials say the economy is now in a much better condition compared to 2013, with larger foreign-exchange reserves, greater fiscal space and a smaller current account deficit.

“We are ready to take any kind of policy to support Indonesia’s economy,” Indrawati said, adding that if short-term measures mean slightly lower growth, “then that consequence has to be accepted”.