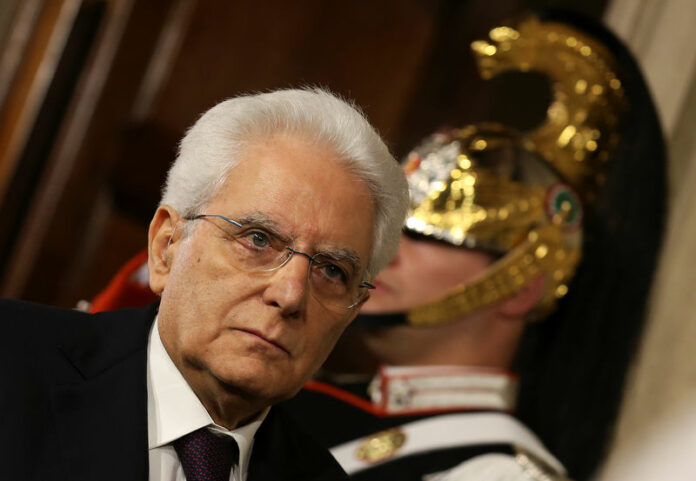 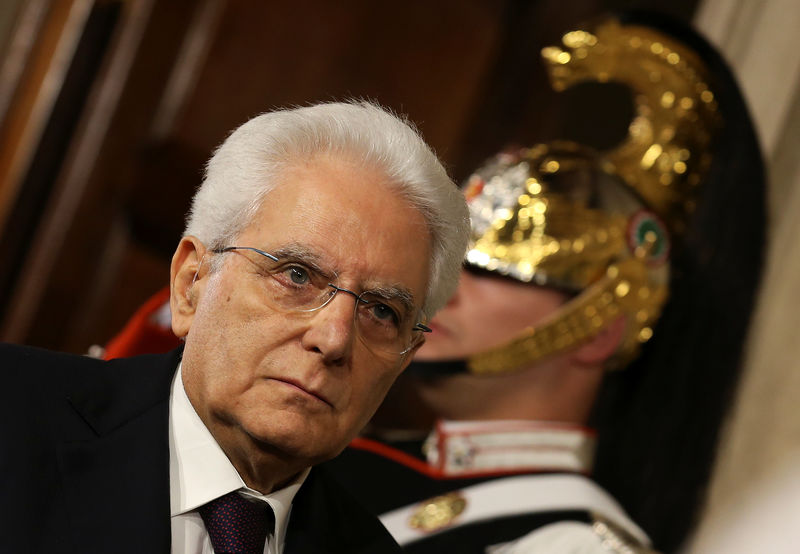 By Steve Scherer and Crispian Balmer

Mattarella summoned Carlo Cottarelli after the anti-establishment Five Star and far-right League parties abandoned plans to form a coalition, angered by the president’s veto of their choice of a eurosceptic to become economy minister. The president was due to meet Cottarelli at 1130 am (0930 GMT).

Financial markets rallied for a while on the news that Italy’s economy, the euro zone’s third-biggest, would not be guided by a government hostile to the single currency.

However, the gains were soon wiped out and analysts warned that any Cottarelli-led government was unlikely to win a confidence vote in parliament, meaning it would serve merely as a caretaker until new elections can be held.

These, investors suspect, could become a de facto referendum on what future Italy, a founding member of what is now the European Union, will have in the bloc.

Already Italian politicians are manoeuvring for power after any caretaker administration. A 5-star source said the movement was considering campaigning together with the League if the nation goes back to the polls.

The center-right Forza Italia party also said it would not vote for a possible Cottarelli government.

In a televised address, Mattarella said he had rejected the coalition’s candidate for the crucial economy portfolio, 81-year-old Paolo Savona, because the economist had threatened to pull Italy out of the euro zone.

Financial markets tumbled last week on fears the coalition would unleash a spending splurge and dangerously ramp up Italy’s already huge debt, the third biggest in the world and equivalent to more than 1.3 times the nation’s domestic output.

After the coalition’s collapse, Italian bonds and stocks rallied while the euro pulled off more than six-month lows. But this was short-lived.

Italy’s main stock index fell 0.8 percent, having surged at the open while bank stocks fell 3.1 percent to a new 13-month low. The euro lost its early gains, and was down 0.1 percent at a fresh 6-1/2 month low.

The political crisis also pushed Italy’s cost of borrowing over two years to the highest level since December 2014 at an auction on Monday.

The League and 5-Star, which had spent days drawing up a coalition pact aimed at ending a stalemate following inconclusive elections in March, responded with fury to Mattarella, accusing him of abusing his office.

“If there’s not the OK of Berlin, Paris or Brussels, a government cannot be formed in Italy. It’s madness, and I ask the Italian people to stay close to us because I want to bring democracy back to this country,” Salvini told reporters.

However, Salvini later dismissed Di Maio’s call. “We need to keep cool. Some things cannot be done in the throes of anger… I don’t want to talk about impeachment,” he told Radio Capital.

While he had approved all their other ministerial picks, Mattarella said he had the right to block nominations that could harm the country. He added that the League and 5-Star had refused to put forward any other name for the role.

If, as expected, Cottarelli fails to win parliamentary backing, he would simply ferry Italy to elections that would most likely be held in September or October. It would be the first time in postwar Italian history that such a re-vote was needed.

On Monday, Salvini said in a radio interview he would seek parliamentary support from 5-Star to change the electoral law. The current purely proportional system produced a hung parliament two months ago, and polls suggest it could happen again.

The League, which won 17 percent of the vote in March, would surge in any early ballot, polls show, while support for 5-Star remained strong, above 30 percent.

Mainstream center-left and center-right parties were seen losing further ground in the face of voter anger over the sluggish economy, high unemployment and rising poverty.

“In new elections, the radicals will likely rail even more loudly than before against Italy’s pro-European ‘establishment’,” said Holger Schmieding, chief economist at Berenberg bank. “Especially the League may frame a new election as a de facto referendum on Italy’s role in Europe.”

Demanding an immediate ballot, Salvini told followers on Facebook (NASDAQ:): “It won’t be an election, it will be a referendum between Italy and those on the outside who want us to be a servile, enslaved nation on our knees.”