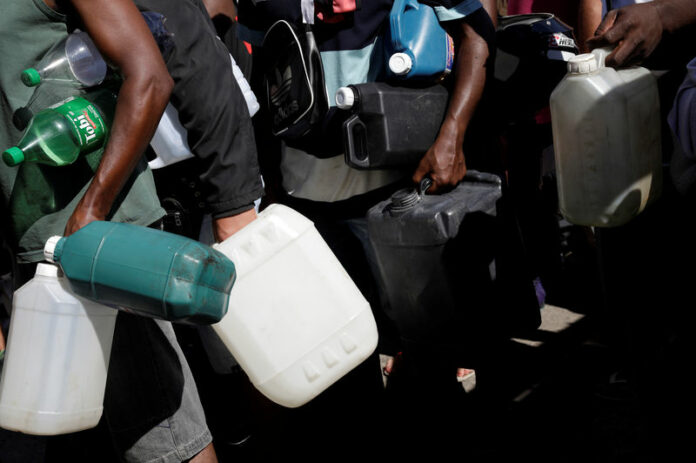 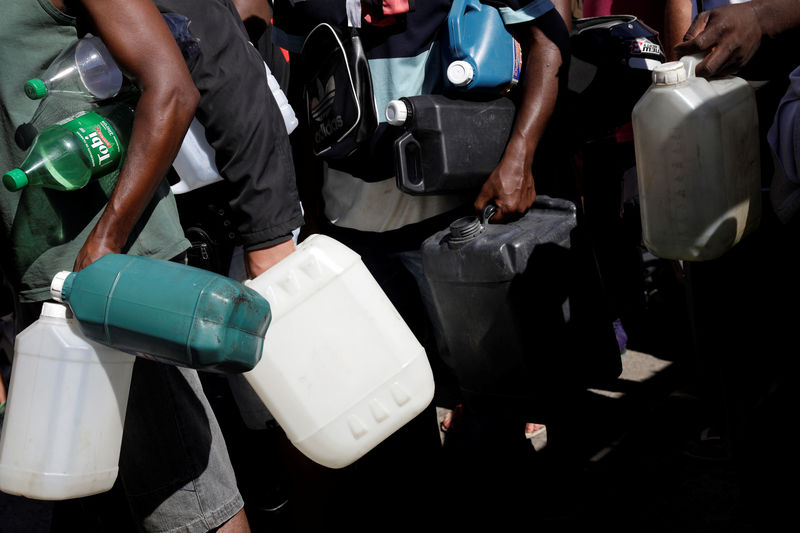 © Reuters. People wait in line to fill canisters with gasoline at a gas station in Rio de Janeiro

BRASILIA (Reuters) – Petrobras shares fell as much as 9 percent on Monday after Brazil’s government offered new fuel subsidies and changed the oil producer’s pricing policy in a bid to settle a truckers’ strike that has shuttered factories and caused food and fuel shortages.

As a result of tax cuts and subsidies announced by President Michel Temer late on Sunday, domestic diesel prices would fall 0.46 real per liter and remain frozen at that level for 60 days.

Yet to avoid breaking budget rules, the Brazilian congress would need to approve several tax measures, a daunting endeavor ahead of this year’s parliamentary and presidential elections.

The measures represented Temer’s latest concessions to the truckers, whose strike has won popular support even as it has severely hampered the flow of food, fuel and key exports in Latin America’s largest economy.

Petrobras said in a securities filing that the government had agreed to compensate it for any losses.

Still, its shares plunged to a four-month low.

Renewed worries about Petrobras’ independence from political inference have shaved 113 billion reais off its market capitalization since the truckers’ strike began a week ago.

To partially offset the subsidies’ cost, which could reach as much as 9.5 billion reais ($2.6 billion) this year, and avoid missing its 2018 budget goal, Guardia said the government would cut spending by 3.8 billion reais.

It will also have to hike taxes to offset an additional 4-billion real loss from diesel tax cuts to avoid breaking budget rules.

That would be partially paid for by an increase in payroll taxes that has struggled to win congressional approval for months, but would also require further tax measures that the government will unveil once that plan is passed, Guardia said.

Guardia also said the government will implement a variable tax on diesel imports that will kick in whenever global prices fall below local benchmark prices, protecting Petrobras’ competitiveness. Newspaper Valor Econômico had reported on Monday that Petrobras had proposed such a plan.