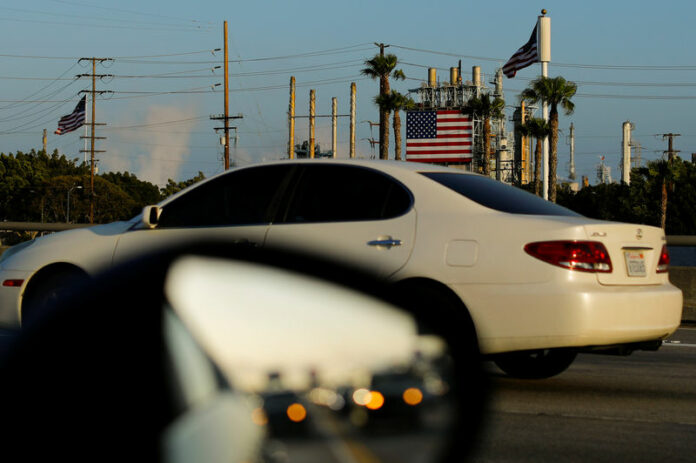 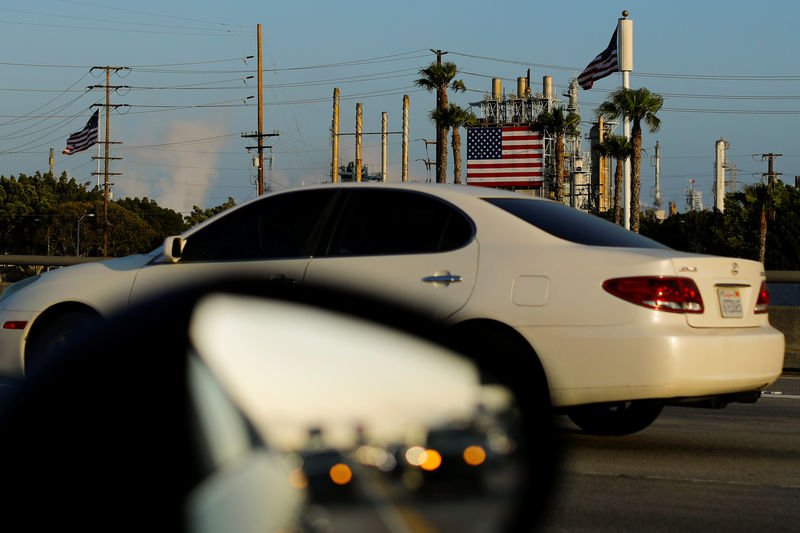 © Reuters. FILE PHOTO: Automobiles speed past an oil refinery as they travel down a major highway in Carson, California

SINGAPORE (Reuters) – Record crude oil volumes exported from the United States will be heading to Asia in the next couple of months to take another piece of the market away from Russia and producers in the Organization of the Petroleum Exporting Countries (OPEC).

The United States is set to export 2.3 million barrels per day (bpd) in June, of which 1.3 million bpd will head to Asia, estimated a senior executive with a key U.S. oil exporters.

The record outbound volumes come as production hit all-time highs, depressing U.S. prices to discounts of more than $9 a barrel below futures on Monday, the widest in more than three years and opening an arbitrage for excess supplies to other markets.

The difference in the key benchmarks was a chance for Asian refiners to reduce light crude imports from the Middle East and Russia after Brent and Gulf prices touched multi-year highs, traders in Asia said.

In Asia, China – led by Sinopec (SS:), the region’s largest refiner – is the biggest lifter of U.S. crude. The company, after cutting Saudi imports, has bought a record 16 million barrels (533,000 bpd) of U.S. crude, to load in June, two sources with knowledge of the matter said.

India and South Korea are the next biggest buyers in Asia, each lifting 6 million to 7 million barrels in June, sources tracking U.S. crude sales to Asia said. Indian Oil Corp (NS:) bought 3 million barrels earlier this month via a tender, while Reliance Industries (NS:) purchased up to 8 million barrels, the sources said, although it wasn’t clear if Reliance’s cargoes would all load in June.

The sources declined to be named due to company policies.

Taiwanese state refiner CPC Corp [CHIP.UL] has also snapped up 7 million barrels to be lifted in June and July.

Reliance declined to comment. PTT, Thai Oil and Esso Thailand all did not respond to requests for comment.

But even if Asia and Europe are keen to take more U.S. crude, the record volumes are straining export infrastructure in the United States, limiting its ability to pump and ship more oil.