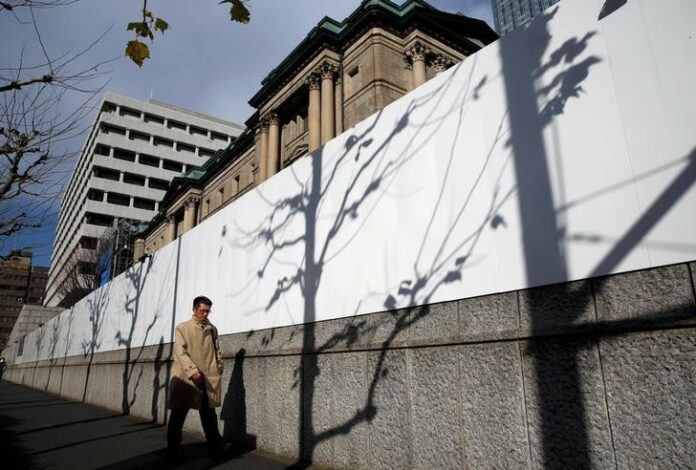 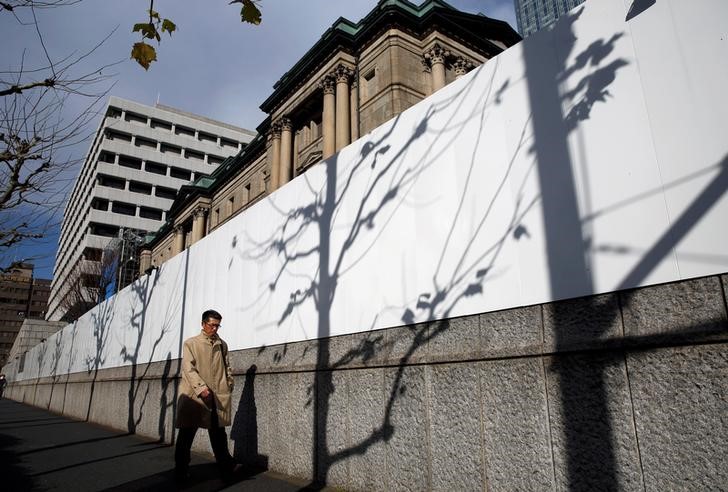 © Reuters. Man walks past the Bank of Japan building in Tokyo

TOKYO (Reuters) – The Bank of Japan’s net income rose in fiscal 2017 for a second straight year due to increased income from its holdings of exchange-traded funds.

Net income for the fiscal year ended in March stood at 764.7 billion yen ($7.03 billion), up 51 percent from 506.6 billion yen in the previous fiscal year, the central bank said on Tuesday.

The central bank’s capital adequacy ratio was 8.09 percent in fiscal 2017, up marginally from 8.07 percent in the previous fiscal year and just above the 8 percent threshold the BOJ considers adequate for maintaining financial soundness.

Holdings of exchange-traded funds (ETFs), which are linked to the stock market, rose 47 percent as of end-March from the same period a year earlier to reach 18.9 trillion yen.

Earnings from ETFs jumped 62 percent from the same period a year earlier to 278.9 billion yen due to gains in the stock market.

The BOJ’s government debt holdings expanded 7 percent from a year earlier to 448.3 trillion yen. Earnings from these holdings were 1.2 trillion yen, little changed from the previous fiscal year.

The BOJ’s balance sheet swelled after its adoption in 2013 of a quantitative and qualitative easing program that aimed to accelerate inflation to 2 percent through huge purchases of government bonds and private assets.

But inflation is still far from the target, suggesting it will be some time before it begins to unwind its massive stimulus.