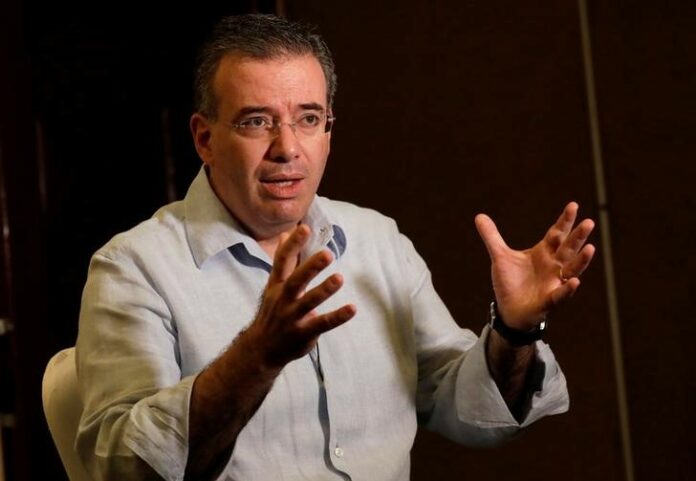 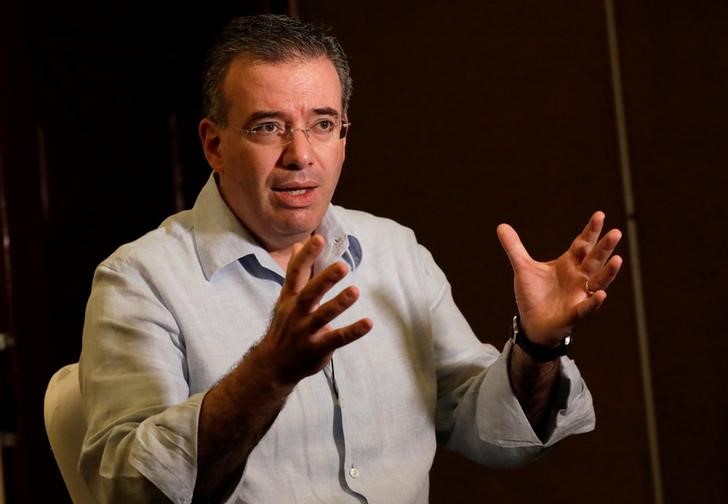 Diaz de Leon said in an interview with Reuters that it was not the central bank’s place to comment on candidates’ economic policies, but added that policymakers are “attentive and prepared for different scenarios.”

Lopez Obrador has said he will respect the central bank’s independence and that he will not jack up government debt to pay for social spending, relying instead on fighting waste from corruption. His rivals contend he could implement policies that put Mexico’s economic stability at risk.

“I would not like to talk about a particular scenario, there may be many scenarios,” Diaz de Leon said when asked how the bank could react to expansionary fiscal policies.

He said the central bank would keep working toward its main goal of “low and stable” inflation, whoever wins in July.

“We will be very clear in our approach to our goal,” he said. “We will try to be very constructive but very clear and very prudent in how to use instruments and, in particular, monetary policy in order to reach our target.”

Mexico’s peso has lost more than 8 percent against the dollar since mid-April, a move that Diaz de Leon said was mostly due to the broad rally in the greenback that has hit other emerging market currencies as well.

But he said the peso faced further risks from uncertainty about the election and Mexico’s talks with the United States and Canada to preserve and update the North American Free Trade Agreement.

A Reuters poll last week showed analysts were divided on whether the central bank could raise interest rates or step up intervention if the peso keeps weakening.

Diaz de Leon said the country’s foreign exchange commission, which sets intervention policies and is made up of central bank and finance ministry officials, would consider taking action if there were signs of “very thin” liquidity in markets.

“So far this year, the market has been liquid, it has been deep and that helps us to have the peace of mind that the price may go up or down, but it is reflecting market conditions,” he said. “To the extent that there may be episodes in which liquidity is compromised and the market is very thin, at that moment the foreign exchange commission may review that situation,” he said.

After the election of U.S. President Donald Trump hammered the peso, the central bank launched a $20-billion hedge program to help stabilize the currency. But, so far, the bank has only auctioned $5.5 billion of the peso derivatives.

Diaz de Leon said the central bank needs a “prudent” monetary policy even with a drop in inflation this year due to the risks of a deeper peso slump.

Inflation has fallen from a 16-1/2 year high close to 6.8 percent at the end of last year to below a 4.8 percent rate forecast by the central bank for the second quarter.

“There is uncertainty about what can happen and it has been important to have a prudent, cautious monetary stance that contributes, in the first place, to inflation returning to its three percent target – and it is doing that – and, secondly, that there is an orderly adjustment in the markets,” he said.

On May 17, Mexico’s central bank held its benchmark interest rate steady at a nine-year high of 7.50 percent for the second meeting in a row. It signaled that signs the peso was driving up inflation could justify more hikes.

The market is divided over the central bank’s next move. Nine economists surveyed last week by Banamex expect a hike in June, two more see a hike in the months after the election, while 10 others think the bank is done raising borrowing costs and will begin to cut later this year or in the first half of 2019.

OPEC+ agrees to go ahead with oil output rise, as US pressure trumps virus scare