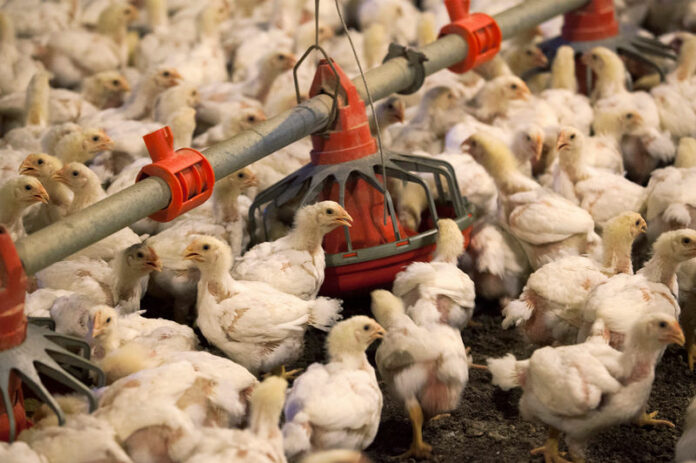 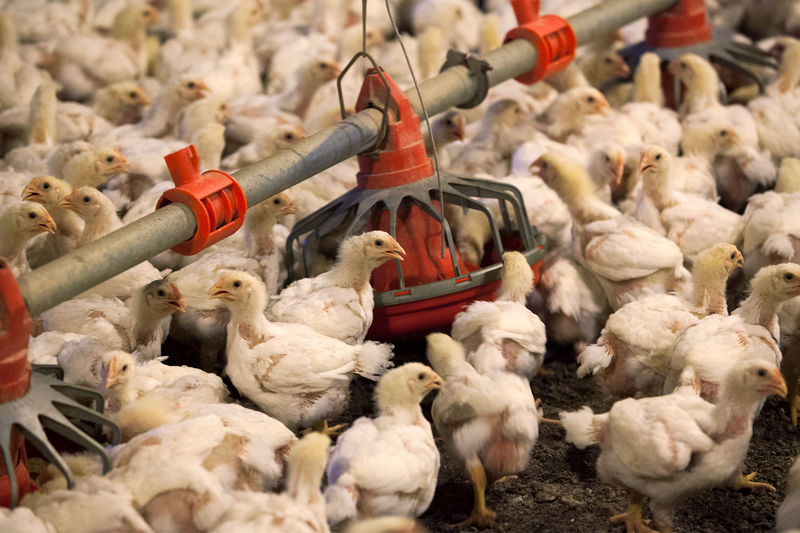 BEIJING (Reuters) – The United States is pushing China to drop a ban on U.S. poultry imports as part of trade talks, according to three sources briefed on the matter, eyeing a potential $600 million market for chicken feet and other parts.

Along with better access for genetically modified crops, the issue will be a top priority as U.S. Under Secretary of Agriculture Ted McKinney heads to Beijing this week as part of a U.S. trade delegation, the sources said.

China already imports about $1 billion of poultry a year from other countries and accounts for most of the world trade in chicken feet, a specialty dish in many regions and a popular snack throughout the country.

Washington wants Beijing to end the ban on U.S. product imposed in January 2015 after outbreaks of avian influenza. The industry believes it can quickly re-establish its position against competitors such as Brazil.

“Our birds are bigger. China has a preference for jumbo-sized paws,” said Sarah Li, Greater China director of the USA Poultry and Egg Export Council, referring to an industry name for chicken feet.

The talks come as the two sides near a deal that could see China cut tariffs on car imports and buy more American farm goods in return for Washington lifting its ban on U.S. firms supplying Chinese telecoms gear maker ZTE Corp (HK:).

U.S. President Donald Trump appeared to confirm the ZTE reprieve in a tweet late on Friday, and agriculture is expected to be at the center of the talks in Beijing starting on Saturday, said another source who was not authorized to talk to media.

The United States Department of Agriculture (USDA) did not respond to requests for comment on Monday, which was a national holiday.

Among the many issues that Washington wants resolved to improve market access and boost sales of its farm goods, poultry is “one of the top items”, said one of the sources who has been briefed on the matter.

Beijing removed anti-dumping tariffs on U.S. poultry in February after eight years, but its 2015 birdflu ban remains in place.

Washington has said those restrictions are no longer valid with the last case of a highly lethal form of the virus reported more than a year ago.

The United States, like other countries, also argues that such bans should be limited to the regions or states where a case is discovered.

Since the ban, some U.S. chicken feet are sold to Hong Kong or Vietnam, with the rest being rendered for use in animal feed, said the USA Poultry and Egg Export Council’s Li.

“We believe there are no technical concerns about [flu] outbreaks in the U.S.” she said, citing positive feedback from Chinese officials after site inspections in the United States last summer.

The potential value of U.S. exports to China is estimated at up to $600 million, according to one of the sources.

Access for poultry and other products has already been raised by McKinney on a China trip two weeks ago, according to a statement from the Customs administration after the talks.

The push by Washington to enter China’s poultry market comes as the Ministry of Commerce prepares to announce its preliminary findings on alleged dumping by top poultry exporter Brazil, expected in mid-June.

China meanwhile is still seeking access for its cooked poultry products in the U.S. market. The USDA recognized the country’s system as safe last summer but no cooked Chinese poultry has yet been shipped to the United States.