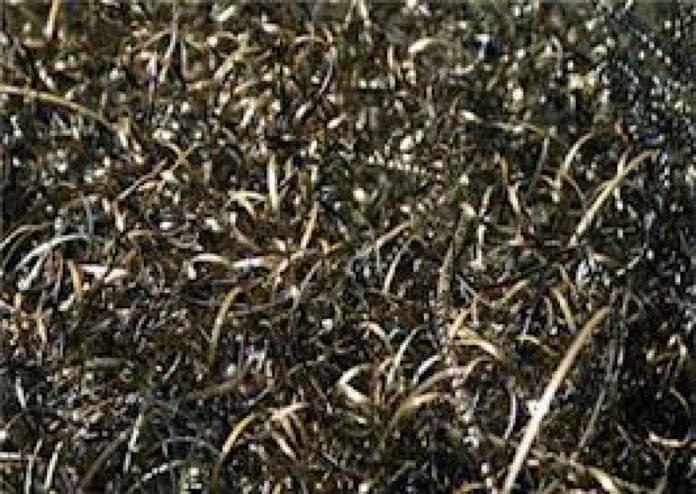 LONDON: Rising steel prices in China helped to boost steelmaking ingredients zinc and nickel on Tuesday despite a stronger dollar making metals more expensive for buyers with other currencies.

China is the world’s biggest steel producer and a seasonal recovery in construction activity has driven prices higher, with steel product rebar up 16 percent since late March.

“The stainless cycle is looking a little bit better,” said BMO Capital Markets analyst Colin Hamilton. “I can see them (nickel and zinc) being supported.”

NICKEL: Benchmark nickel on the London Metal Exchange  closed up 0.9 percent at $14,905 a tonne, taking gains since the start of May to around 10 percent. Nickel on the Shanghai Futures Exchange hit three-year highs on Tuesday.

TECHNICALS: Technical resistance was at Friday’s high of $15,055 and profit-taking around the $15,000 mark was making it harder for prices to move higher, broker Marex Spectron said.

ZINC: LME zinc ended up 1.3 percent at $3,089 a tonne. The metal has fallen 14 percent from a 10-1/2 year high in February but was threatening to break above its downtrend line on Tuesday, which could trigger technical buying.

STOCKS: On-warrant zinc inventories available to the market in LME-registered warehouses fell 9.2 percent to 195,325 tonnes, suggesting a tighter market. However, levels are still far from April’s low of 139,450 tonnes.

CHINA FACTORIES: Underpinning a strong demand outlook for industrial metals, growth in China’s vast manufacturing sector is expected to have dipped only marginally in May.

DOLLAR: The dollar extended a six-week rally, strengthening to a 2018 high against a basket of major currencies and making metals costlier for non-U.S. investors.

INDIA COPPER SMELTER: An Indian state ordered the permanent closure of the country’s second-biggest copper smelter, which produces more than 400,000 tonnes a year. There was no strong price reaction. LME copper finished down 0.4 percent at $6,859 a tonne.

TIN: LME tin closed 1.4 percent higher at $20,425 a tonne after last week hitting its lowest since January. Traders said the market was concerned that shipments from China’s top supplier Myanmar were falling.

ALUMINIUM PREMIUMS: A global aluminium producer has offered Japanese buyers a premium of $159 a tonne for primary metal shipments for the July-September quarter, up 23 percent from the current quarter, sources said.