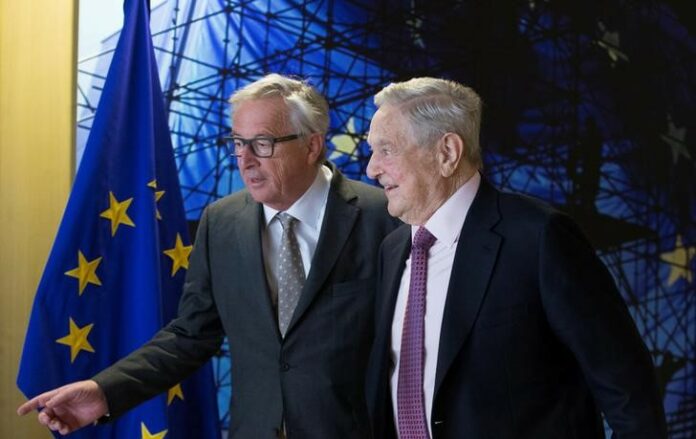 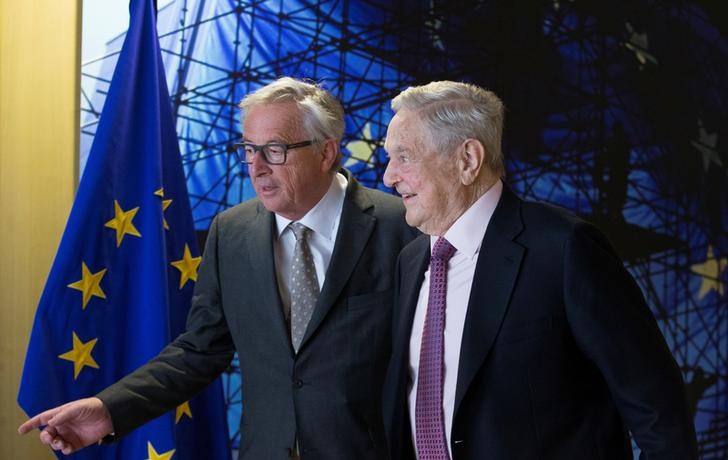 © Reuters. EU Commission President Jean-Claude Juncker meets US financier George Soros as part of consultations on a new Hungarian law that has threatened to force the closure of a university he funds prior to a meeting in Brussels

PARIS (Reuters) – A growing rift between the United States and Europe, as well as the rise of populism and the refugee crisis means the European Union is facing an existential threat, billionaire investor George Soros said on Tuesday.

“Looking ahead we are now facing the termination of the nuclear arms deal with Iran and the destruction of the transatlantic alliance,” Soros said in a speech in Paris.

This would have negative effects on the European economy and cause further dislocations, he said, citing the strength of the dollar and a flight from emerging market currencies as warning signs.

“We may be heading for another major financial crisis,” Soros said, adding that the EU should launch a 30 billion a year Marshall Plan for Africa to alleviate the migratory pressure.

“It is no longer a figure of speech to say that Europe is in existential danger; it is the harsh reality,” he said.

For a transcript of the whole speech, click on: http://www.ecfr.eu/article/commentary_how_to_save_europe