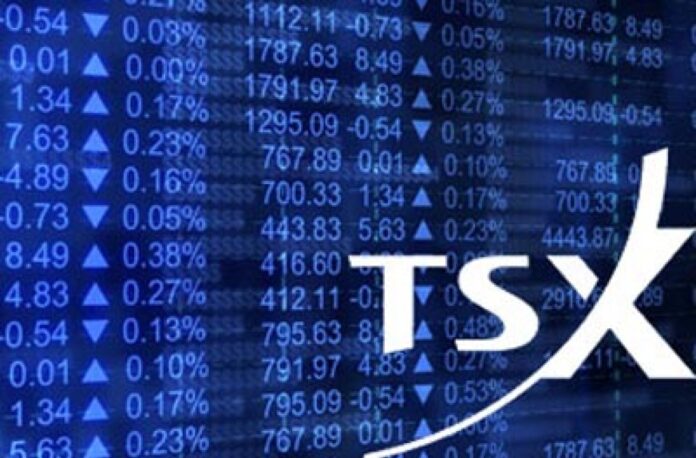 TSX falls due to losses in financial stocks

The financials sector fell 1.1 percent, dragged by a 3 percent fall in shares of Bank of Nova Scotia.

Shares of Toronto-Dominion Bank slipped 0.9 percent and were the second biggest drag to the financials.

Six of the index’s 11 major sectors were lower, pressured by the heavyweight financial sector.

President Donald Trump is running out of time to deliver a revamp of NAFTA deal he promised for this year.

The energy sector climbed 1.1 percent as Brent crude pared losses, triggered by expectations that Saudi Arabia and Russia could pump more crude to compensate for a potential supply shortfall.

The materials sector, which includes precious and base metals miners, added 0.6 percent after gold prices edged up as a deepening political crisis in Italy provoked a second day of heavy selling on European financial markets

Shares of Kinder Morgan Canada Ltd were up 2.8 percent after the Canadian government said it will buy the Trans Mountain pipeline project for C$4.5 billion ($3.5 billion).

The Canadian dollar weakened to a more than two-month low against its US counterpart as oil prices fell and the greenback broadly rose, while investors weighed a decision by Canada’s government to purchase a major oil pipeline project.

The largest percentage gainers on the TSX was oil producer Crescent Point, which jumped 6.4 percent after CEO Scott Saxberg left the company.

Bank of Nova Scotia was the biggest percentage loser on the TSX, followed by Hudson’s Bay Co, which fell 0.2 percent.

The most heavily traded shares by volume were Crescent Point, Bombardier Inc and Canopy Growth Corp.

The TSX posted no new 52-week highs and no new lows.

Across all Canadian issues there were 7 new 52-week highs and 7 new lows, with total volume of 24.96 million shares.