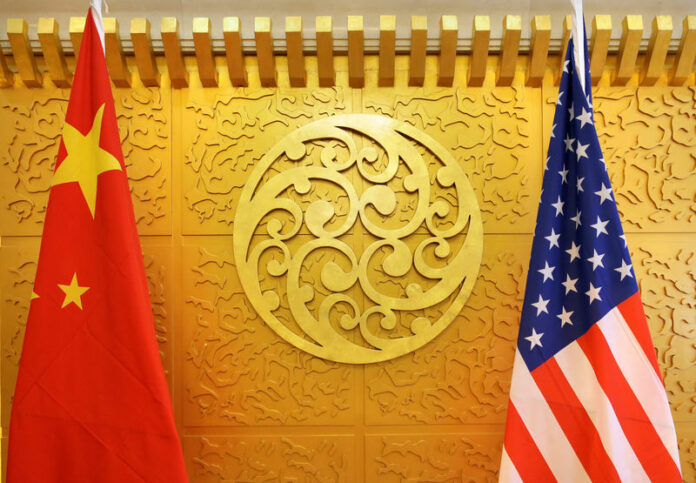 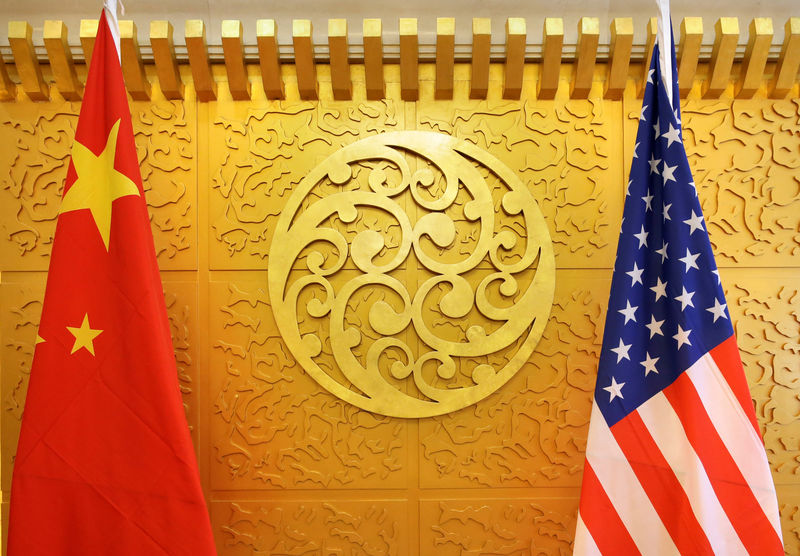 © Reuters. Chinese and U.S. flags are set up for a meeting during a visit by U.S. Secretary of Transportation Elaine Chao at China’s Ministry of Transport in Beijing

By Brenda Goh and Michael Martina

SHANGHAI/BEIJING (Reuters) – China on Wednesday lashed out at Washington’s unexpected statement that it will press ahead with tariffs and restrictions on investments by Chinese companies, saying Beijing was ready to fight back if Washington was looking to ignite a trade war.

The United States said on Tuesday that it still held the threat of imposing tariffs on $50 billion of imports from China and would use it unless Beijing addressed the issue of theft of American intellectual property.

The declaration came after the two sides had agreed earlier this month to look at steps to narrow China’s $375 billion trade surplus with America, and days ahead of a visit to Beijing by U.S. Commerce Secretary Wilbur Ross for further negotiations.

William Zarit, chairman of the American Chamber of Commerce in China, said Washington’s threat of tariffs appeared to have been “somewhat effective” thus far.

“I don’t think it is only a tactic, personally,” he told reporters on Wednesday, adding that the group does not view tariffs as the best way to address the trade frictions.

“The thinking became that if the U.S. doesn’t have any leverage and there is no pressure on our Chinese friends, then we will not have serious negotiations.”

China’s Commerce Ministry reacted swiftly overnight with a short statement, saying it was surprised and saw it as contrary to the consensus both sides had reached recently.

The Global Times said the United States was suffering from a “delusion” and warned that the “trade renege could leave Washington dancing with itself”.

The widely read tabloid is run by the Communist Party’s official People’s Daily, although its stance does not necessarily reflect Chinese government policy.

“The Chinese government will have the necessary measures in place to deal with a U.S. withdrawal from any settled agreement. If the U.S. wants to play games, then China would be more than willing to play along and do so until the very end,” it said.

Fears of a trade war between the world’s two biggest economies had also receded after the administration of President Donald Trump said it had reached a deal that would put ZTE Corp (HK:) back in business after banning China’s second-biggest telecoms equipment maker from buying U.S. technology parts.

Still hanging in the balance, however, is San Diego-based Qualcomm (NASDAQ:) Inc’s proposal to acquire NXP Semiconductors NV (NASDAQ:) – a $44 billion deal that requires clearance from China’s antitrust regulators. The recent easing in tensions had fueled optimism that an agreement was imminent.

“On hold now,” a person familiar with Qualcomm’s talks with the Chinese government said on Wednesday, declining to be identified as the negotiations are confidential.

“Trump is crazy. Crazy tactics might work, though,” the person added.

State news agency Xinhua said China hoped that the United States would not act impulsively but stood ready to fight to protect its own interests.

“China’s attitude, as always, is: we do not want to fight, but we are also not afraid to fight,” it said in a commentary.

Commerce Secretary Ross is scheduled to visit Beijing from June 2 to June 4 to try and get China to agree to firm numbers for additional U.S. exports to the country.

The deal to reduce China’s trade surplus with the U.S. was separate from the U.S. probe into China’s alleged theft of intellectual property.

A White House official said on Tuesday that the U.S. government plans to shorten the length of visas issued to some Chinese citizens as part of a strategy to prevent intellectual property theft by U.S. rivals.

Citing a document issued by the Trump administration in December, the official said the U.S. government would consider restrictions on visas for science and technology students from some countries.

The China Daily newspaper said the repeated U.S. claim that Beijing had forced foreign firms to transfer their technologies to Chinese businesses was without evidence and was being used as an excuse to facilitate its trade protectionism.

It said technology transfers between U.S. companies and their Chinese partners were the result of normal business practices, not coercive policies.