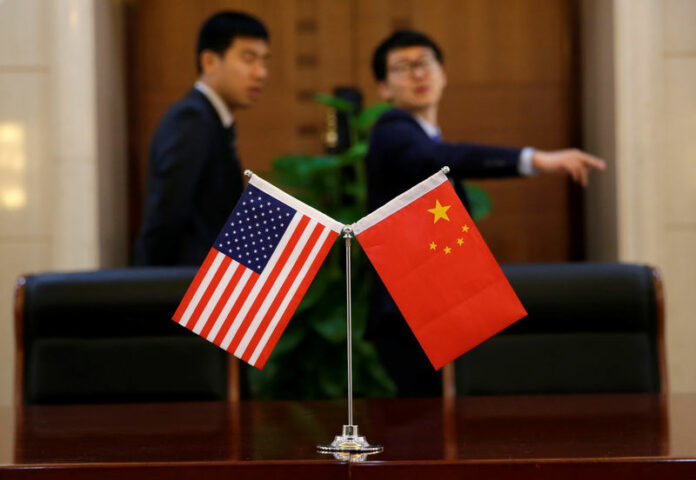 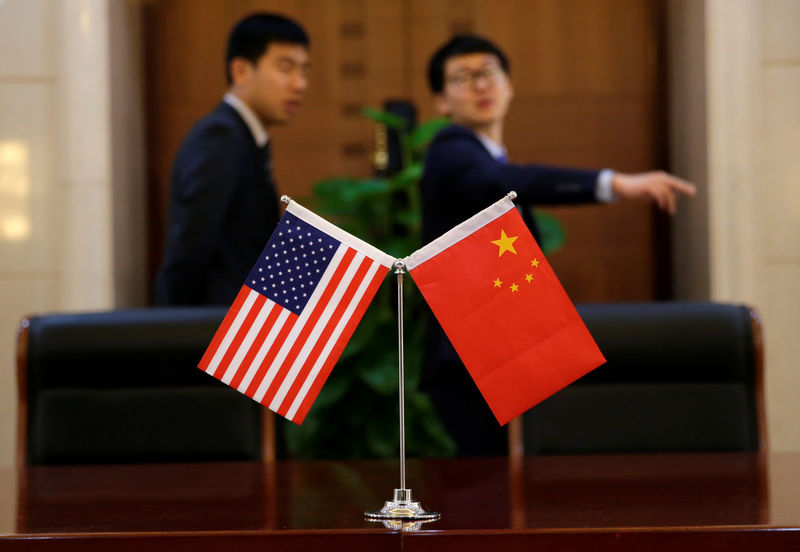 © Reuters. Chinese and U.S. flags are set up for a signing ceremony during a visit by U.S. Secretary of Transportation Elaine Chao at China’s Ministry of Transport in Beijing,

SHANGHAI (Reuters) – Chinese state media criticized a U.S. announcement that it would press ahead with restrictions on investment by Chinese companies, saying on Wednesday that Beijing was ready to fight back if Washington was looking to reignite a trade war.

The United States said on Tuesday it still held the threat of imposing tariffs on $50 billion of imports from China and would use it unless Beijing addressed the issue of theft of American intellectual property.

China commerce’s ministry reacted harshly, saying it was surprised and saw it as contrary to the consensus both sides reached recently.

State news agency Xinhua said China hoped that the United States would not act impulsively but stood ready to fight to protect its own interests.

“China’s attitude, as always, is: we do not want to fight, but we are also not afraid to fight,” it said in the commentary by Xinhua reporter Yu Jiaxin.

Chinese tabloid the Global Times said the United States was suffering from a “delusion” and warned that the “trade renege could leave Washington dancing with itself”.

The widely read Global Times is run by the ruling Communist Party’s official People’s Daily, although its stance does not necessarily reflect Chinese government policy.

“The Chinese government will have the necessary measures in place to deal with a US withdrawal from any settled agreement. If the US wants to play games, then China would be more than willing to play along and do so until the very end,” it said.

The China Daily newspaper said the repeated U.S. claim that China had forced foreign firms to transfer their technologies to Chinese businesses was without evidence and was being used as an excuse to facilitate its trade protectionism.

It said technology transfers between U.S. companies and their Chinese partners were the result of normal business practices, not coercive policies.