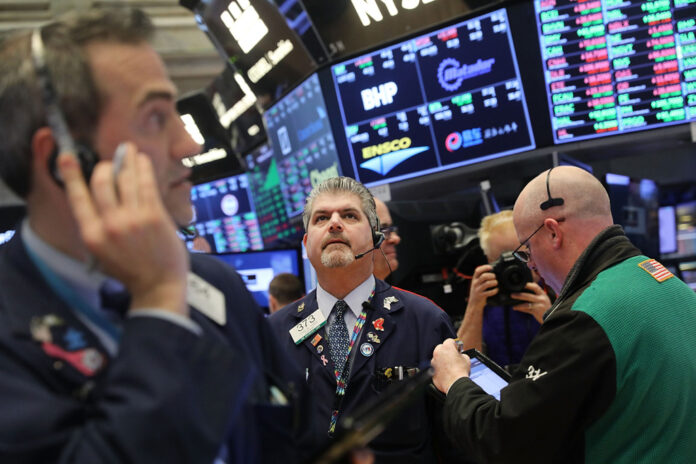 Leading the declines were large banks, including JPMorgan Chase and Goldman Sachs, which lost 5.1 percent and 4.2 percent.

“If there are default fears across markets, banks will be on the front line and as a result are being repriced to consider that risk more now,” said Matt Miskin, market strategist at John Hancock Financial Services.

Miskin said the banks also were under stress due to speculation the Federal Reserve will lift interest rates less quickly than previously thought.

But he said Italy was the main culprit behind the selloff, describing the dynamic as a “knee-jerk reaction” to worries about systemic risk.

Italy’s caretaker prime minister on Tuesday ended talks on forming a government without unveiling his cabinet line-up, following the collapse of a populist coalition’s bid to govern.

New elections are considered the most likely outcome of the political saga, sparked by an inconclusive poll in March.

Besides banks, industrials and materials stocks were under pressure, with Dow members General Electric and DowDuPont both down more than three percent.