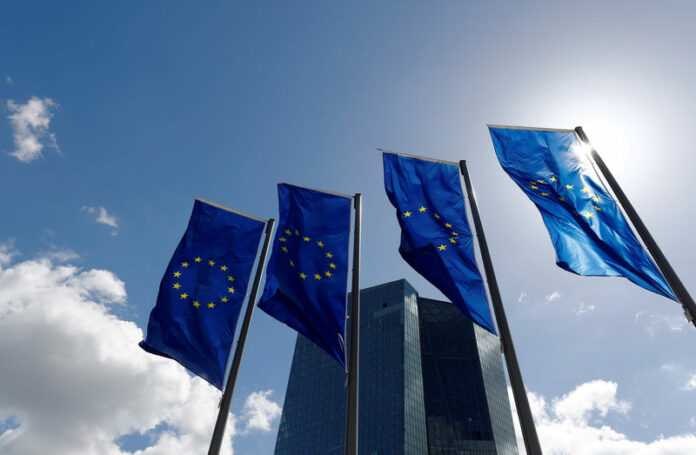 ECB sees no need to intervene in Italy crisis: sources 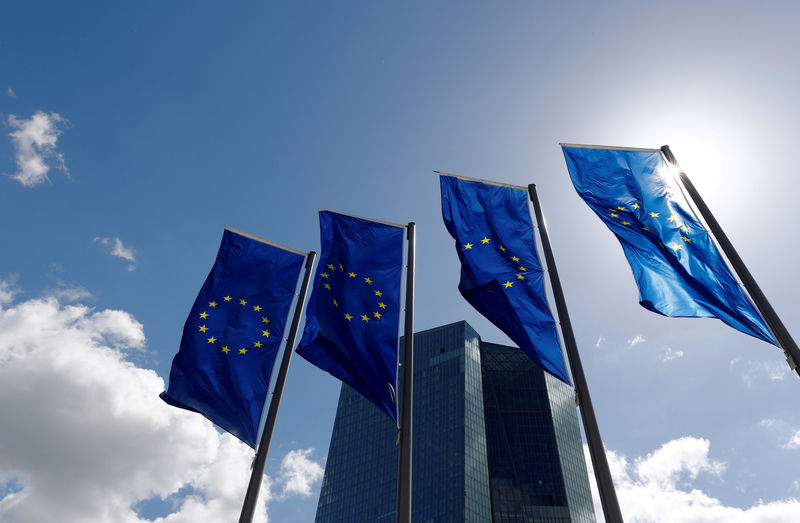 FRANKFURT (Reuters) – The European Central Bank is keeping a watchful eye on the market rout and political crisis engulfing Italy but sees no reason to intervene at this time, sources close to the matter told Reuters.

Market speculation about an ECB intervention has mounted as political parties in Italy repeatedly failed to form a government and the notion of a euro exit began to swirl, sending borrowing costs for the euro zone’s largest debtor soaring.

But three officials told Reuters the ECB was not considering taking any action because indicators were not yet showing signs of stress among banks and the central bank did not have the tools or mandate to solve what was essentially a political crisis.

Specifically, Italy’s borrowing costs were still less than half those seen during the 2010-12 euro zone debt crisis, bank deposits were stable and there was no sign of stress in the inter-bank lending market.

“No central bank would act on the back of the events of a few days,” one source said.

Italy’s two anti-establishment parties were staging a last-minute effort to form a government and avoid the threat of repeat elections that could turn into a de-facto referendum on the country’s euro membership.

The mere hypothesis of Italy leaving the euro sent yields on its government bonds to multi-year highs this week and the country had to pay much higher interest rates for placing new debt on the market.

But while Italy paid the most in four years to sell 10-year debt on Wednesday, the 3 percent gross yield is a far cry from the 7.56 percent disbursed at an auction in November 2011.

Italian banks were still paying the same, deeply negative interest rate – in other words, getting paid – to borrow from their peers against collateral, now the most common form of lending between banks.

And auctions of ECB cash also showed no sign of a pent-up in demand from banks.

This was largely due to the massive ECB purchases of government bonds and its ultra-low interest rates – the two main planks of a stimulus program that is expected to be gradually wound down in the coming months despite the Italian crisis.

“We’re not yet at a stage when you have to start worrying about bank deposits and I hope we’ll never get there,” another source said.

Overall, financial indicators painted a very different picture from that of the summer of 2012, when ECB President Mario Draghi was forced to intervene to quash a market rout that was shutting countries like Italy out of the bond market and pummeling banks.

Besides, there are few obvious present-day equivalents to Draghi’s pledge to do “whatever it takes to save the euro”.

Back then, the market was betting that the ECB would not help a government that found itself in distress on the debt market.

That doubt was removed by the ECB’s declaration, following Draghi’s speech, that it would be prepared to buy the bonds of any country that sought a bailout from the European Union and accepted the conditions attached to an economic adjustment program.

But this route – conjured up by the ECB’s outgoing vice-president Vitor Constancio earlier this week – was unlikely to prove palatable to Italian anti-establishment parties that oppose austerity.

Besides, Italy’s League has said it sees a euro exit as a contingency plan if its demands, including greater spending and lower taxes, are not accepted by European partners, rather than a prospect to avert at all costs.

This would leave the ECB with limited options, apart from protecting other euro zone members from what would likely be a financial meltdown if Italy were to depart the currency bloc.

French and German banks are the largest holders of Italian bonds outside of Italy while Portugal and Spain were seen by bond investors as the most exposed to contagion from a debt crisis in the euro zone’s third-largest economy.

“The ECB could safeguard the remaining euro zone members but it would be merely controlling the disaster,” one of the sources said.

U.S. Commerce chief: Funding for semiconductor production could slip to 2022

U.S. Commerce chief: Funding for semiconductor production could slip to 2022