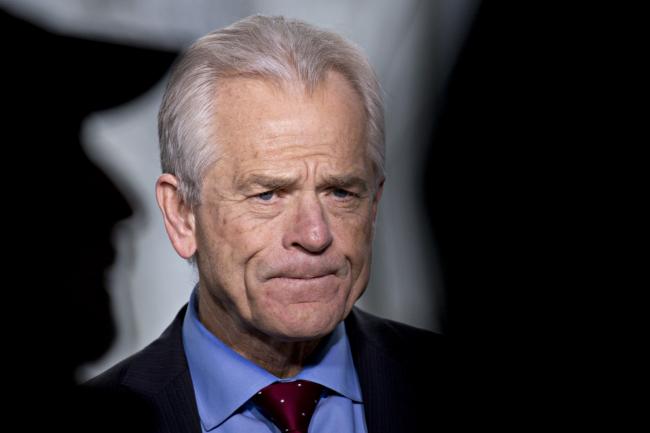 (Bloomberg) — White House trade adviser Peter Navarro gave a rare public rebuke of Treasury Secretary Steven Mnuchin for declaring that the U.S. trade war with China was on hold, calling it an “unfortunate sound bite” and acknowledging there’s a dispute that needs to be resolved.

“What we’re having with China is a trade dispute, plain and simple,” Navarro said in an interview broadcast Wednesday with National Public Radio. “We lost the trade war long ago” with deals such as Nafta and China’s entry into the World Trade Organization, he said.

The remarks from Navarro, a hard-liner on President Donald Trump’s trade team, come just days before U.S. Commerce Secretary Wilbur Ross is scheduled to meet with his counterparts in Beijing to discuss ways to reduce the U.S.’s trade deficit with China. The White House on Tuesday said the U.S. is moving ahead with plans to impose tariffs on $50 billion of Chinese imports and curb investment in sensitive technology.

The renewed tariff threats could stop the planned talks, the Wall Street Journal reported on Wednesday, citing sources in both countries. A team of U.S. officials was scheduled to arrive in Beijing on Wednesday.

Earlier this month, Mnuchin said in a televised interview that the prospect of a trade war with China was “on hold.”