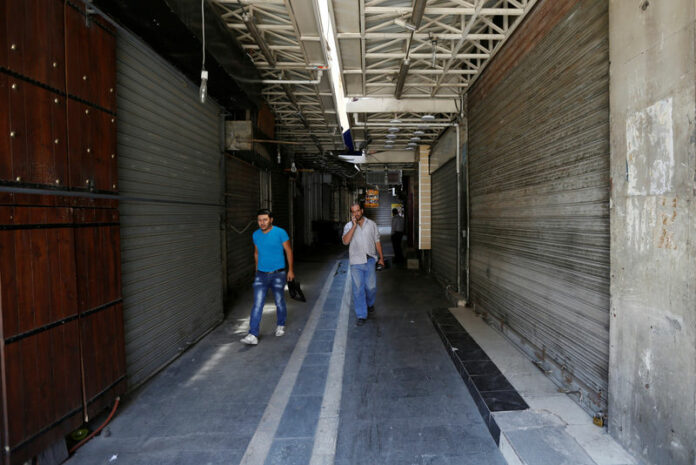 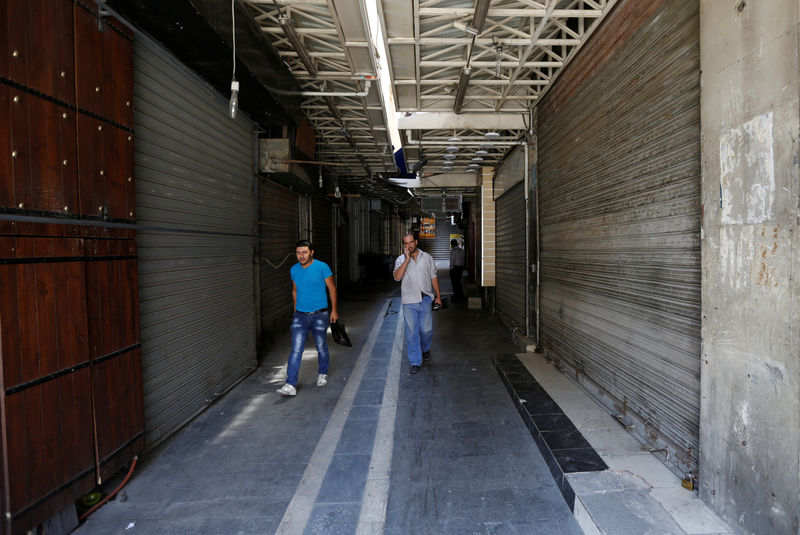 © Reuters. People walk next to a closed shop during a strike against the new income tax law, in Amman

AMMAN (Reuters) – Thousands of Jordanians heeded a strike call by unions on Wednesday to protest at major, IMF-guided tax rises they say will worsen an erosion in living standards.

Unions representing tens of thousands of public and private sector employees accused the government of caving in to International Monetary Fund (IMF) demands and squeezing a middle class hit by high prices while widening disparities between poor and rich.

Protesters at the headquarters of the Professional Associations Union in the capital Amman carried placards criticizing the government and accusing politicians of corruption and squandering public funds.

“I can hardly afford anything with my salary. We are taxed for the air we breathe and now they are also looking to rip off our salaries. Everyone knows the law is unjust and it has to be withdrawn,” said Hatem Samara, an engineer.

The amendments, which would double the income tax base, are a key condition of a three-year IMF economic program that aims to generate more state revenue to gradually bring down public debt to 77 percent of GDP in 2021.

The government has echoed IMF arguments that Jordan could be losing hundreds of millions of dollars through tax evasion and that only about four percent of citizens pay taxes.

The amendments lower significantly the income tax threshold and slap higher levies on banks and industrial firms at a time when economic growth has been stagnant amid regional turmoil and businesses have complained of shrinking consumer demand.

Jordan earlier this year raised taxes on hundreds of food and consumer items by unifying rates of sales tax at 16 percent and removing exemptions on many basic goods.

In January the government scrapped subsidies on bread, which doubled some prices in a country whose eight million people are suffering increasing unemployment and poverty rates.