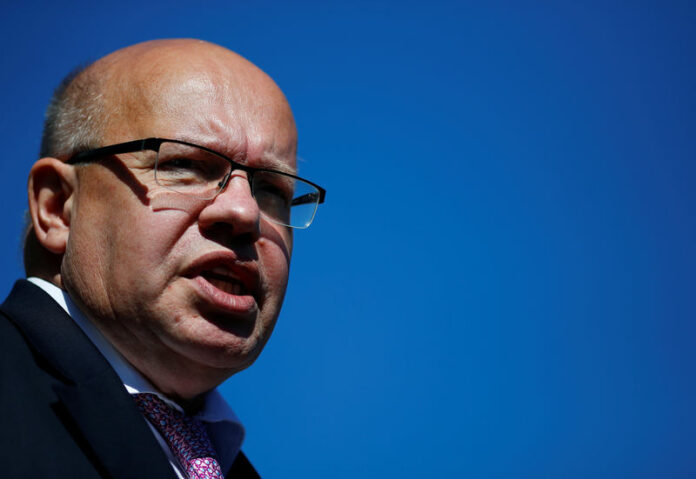 Germany sees no quick solution to trade row with U.S., open to talks 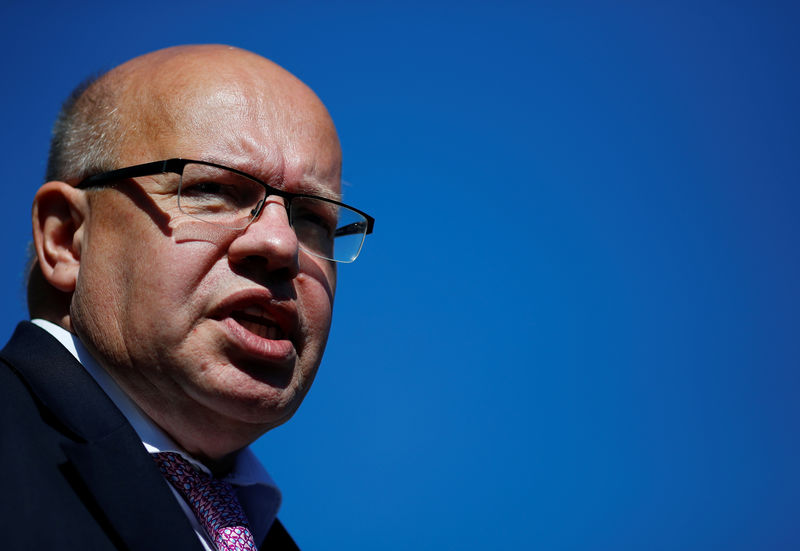 © Reuters. Minister for Economic Affairs and Energy Peter Altmaier delivers a statement after the weekly cabinet meeting in Berlin

By Joseph Nasr and Paul Carrel

BERLIN (Reuters) – Germany sees no immediate solution to the trade dispute between the United States and other major economies but remains open to talks “among friends”, Economy Minister Peter Altmaier said on Monday, seeking to head off a full-blown global trade war.

U.S. President Donald Trump backed out of a joint communique agreed by Group of Seven leaders in Canada at the weekend that mentioned the need for “free, fair and mutually beneficial trade” and the importance of fighting protectionism.

Trump, who has imposed import tariffs on metals, is furious about the United States’ large trade deficit with key allies. “Fair trade is now to be called fool trade if it is not reciprocal,” he tweeted on Monday.

“At the moment, however, it seems that no solution is in sight, at least not in the short term… We have not made any progress in the last few days, but rather, as we saw with the rejection of the summit declaration, we have gone backwards.”

Merkel said on Sunday the EU would implement counter-measures against U.S. tariffs and described Trump’s rejection of the G7 communique as “sobering and a bit depressing”.

Investors are fearful of a tit-for-tat trade war, though markets were relatively calm on Monday after an early wobble.

“The American withdrawal from the G7 communique has increased the risk of a real trade war,” ING, a bank, wrote in a research note.

Particularly concerning for Germany, a major car exporter to the United States, is Trump’s weekend tweet that Washington is looking at tariffs on automobiles.

Altmaier said Europe must act “in a united manner”, defend open markets, and stick to its convictions. Fractures in the European position would play into Trump’s hands, he added.

“We are ready to talk about trade imbalances. But we think it has to be done among friends and partners and not in mutual confrontation,” Altmaier said.

“The American economy is dependent in many areas on the import of European goods. As tariffs increase, so does the cost of production in the United States.”

The European Commission, which coordinates trade policy for the 28-member EU, aims to target 2.8 billion euros worth of U.S. imports, including bourbon and jeans, with additional 25 percent duties, from early July.

It already has broad backing from EU member states, but still needs to consult with them in the next couple of weeks.

European Commission President Jean-Claude Juncker, while questioning whether the United States was truly an ally, said the bloc did not want to stop talking with Washington.

“We do not want to cut off discussions and further talks will of course need to address the automobile sector,” he said.