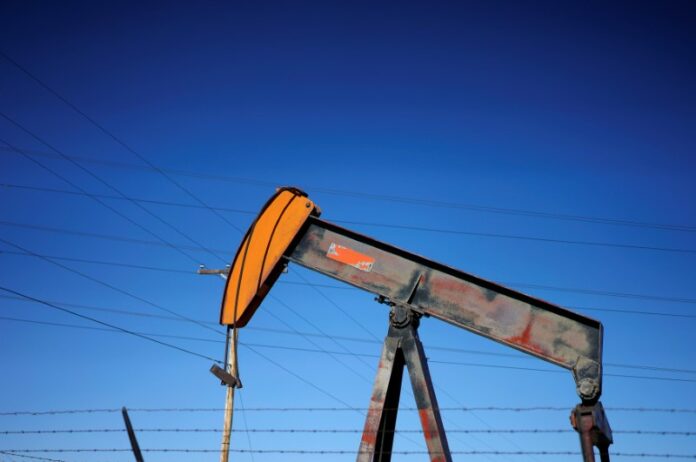 LONDON (Reuters) – Oil prices slipped on Monday, pulled down by rising Russian production and as U.S. drilling activity rose to its highest in more than three years.

Analysts expect higher U.S. output to offset supply curbs by the Organization of the Petroleum Exporting Countries, which have been in place for 18 months and have pushed up prices significantly over the last year.

The number of new rigs drilling for oil in the United States rose by one last week to 862, its highest since March 2015, data from energy services firm Baker Hughes showed on Friday.

That implies U.S. crude output, already at a record high of 10.8 million barrels per day (bpd), will climb further.

“Non-OPEC supply is expected to rise sharply in 2019 led by U.S. shale growth, along with Russia, Brazil, Canada and Kazakhstan,” U.S. bank JP Morgan said, adding that it was bearish for oil in the second half of this year.

“Oil fundamentals are expected to weaken in 2019 on the back of stronger-than-expected non-OPEC supply, but also the potential release of barrels from OPEC as the joint accord between OPEC and non-OPEC is unlikely to stay in place,” JP Morgan said in its quarterly outlook.

OPEC, together with some non-OPEC producers including Russia, started withholding output in 2017 to try to end a global supply glut and support prices.

OPEC and its partners are due to meet June 22-23 in Vienna.

Russian news agency Interfax said on Saturday Russia’s oil production had risen to 11.1 million bpd in early June, up from slightly below 11 million bpd for most of May, and well above its target output of under 11 million bpd.

Beyond changes in supply, strong demand is supporting oil prices.

China’s sales of new automobiles in May were 2.29 million, up 9.6 percent from the same month last year, according to the China Association of Automobile Manufacturers.

In India, Asia’s No.2 buyer, fuel demand rose by 3.4 percent in May year-on-year, data showed on Monday.