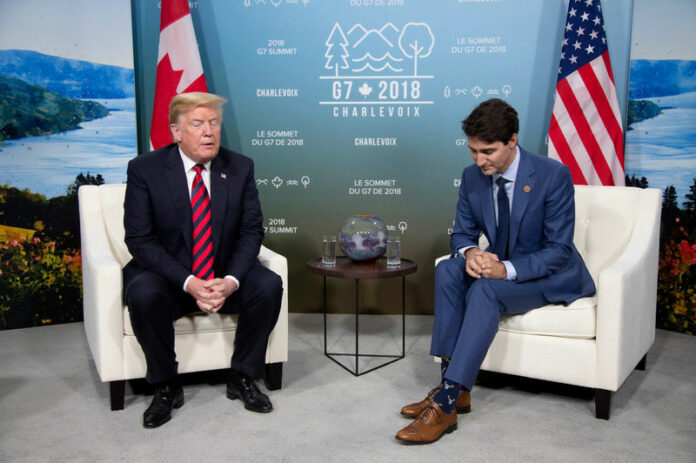 Anti-U.S. consumer boycott? Canadians may find it hard to pull off 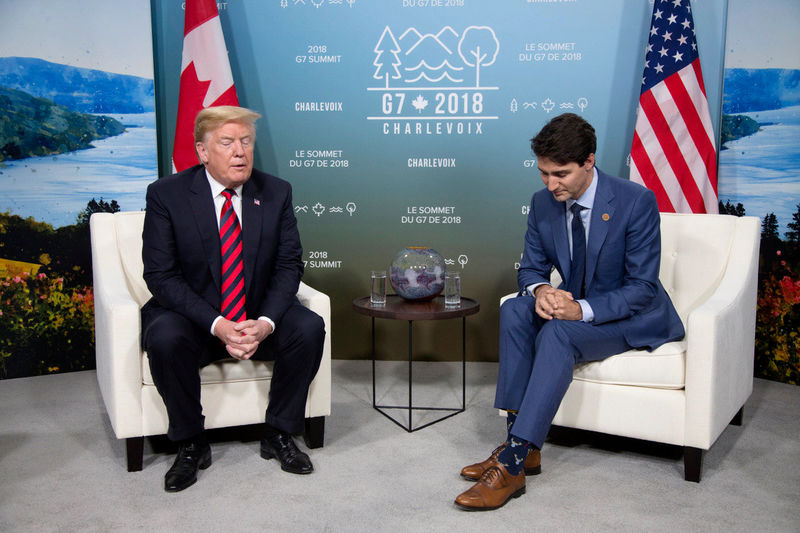 OTTAWA (Reuters) – Canadians outraged by U.S. President Donald Trump’s attack on their prime minister have called for a consumer boycott targeting the United States, but indignation may be hard to sustain in a nation enamored by U.S. popular culture and larded with American goods.

A push for some sort of reprisal in response to Trump’s personal attack on Justin Trudeau has gained force since Canada’s Parliament on Monday condemned weekend broadsides from its ally amid an escalating trade dispute.

While Trudeau himself has kept a low profile since the U.S. attacks, Canadians incensed on his behalf have zeroed in on a pocketbook response. How better to signal the national wrath than by cutting trade and travel with the United States?

All kinds of targets have been suggested in opinion columns and postings on social media, from companies that sell goods associated with Trump or his family to a broader ban on U.S. vacations. The suggestions come not only in response to the attacks on Trudeau by Trump and his aides, but to the threat of a trade war that could hurt Canada’s economy and sideswipe jobs.

“So, if this president insists on punching you in the nose and eating your lunch, why would you continue to pretend he’s still a great neighbor and go over to his place to spend your time and money?” implored an opinion piece in the Toronto Star.

Trump called Trudeau “very dishonest and weak” and withdrew support for a Group of Seven communique reached at the summit Trudeau hosted in Quebec on Saturday, and White House trade and economic advisers added insults on Sunday.

But while Canadians will fight to a polite death for the right to consume homegrown beef, beer and maple syrup over what they view as inferior American alternatives, any move to mount a broad boycott could be tough going in a country that reveres U.S. popular culture and consumer goods over all others.

“To suggest Canadians are going to stop drinking Coke and Pepsi is a bit of a stretch, given we are so enmeshed in U.S. consumer culture. A bottom line impact is not likely to occur,” said pollster Nik Nanos.

“That said, this is going to be a massive headache for U.S. companies doing business in Canada, both from a public relations and consumer relations perspective.”

Canada is the most important market for U.S. goods, importing a total of US$98.9 billion in the first four months of 2018, according the official U.S. data. Canada accepted 18.3 percent of U.S. exports, ahead of Mexico and China, and is the top export market for 35 states.

That means Canadian stores shelves look a lot like U.S. shelves, and Canadians drink Starbucks (NASDAQ:) while wearing Nikes, talking on their iPhones and munching Doritos. U.S. food and entertainment franchises overwhelm domestic offerings, and movie and music hits differ only slightly from across the border.

Underscoring ties that bind the North American neighbors, the United States is the top destination for Canadian vacationers – including hundreds of thousands of retirees who winter in the sun belt. Canadians made 42 million trips to the United States in 2017. Canada’s population is 36 million.

While a consumer boycott is a natural first response, it is the wrong decision, said Gabe Batstone, co-chair of the Canadian American Business Council.

“Historically global peace and prosperity have flourished when trade has flourished, so fighting U.S. industrial protectionism with Canadian consumer protectionism makes good copy and little sense,” Batstone said in an email. “Cutting off your nose to spite your face is rarely a great strategy.”