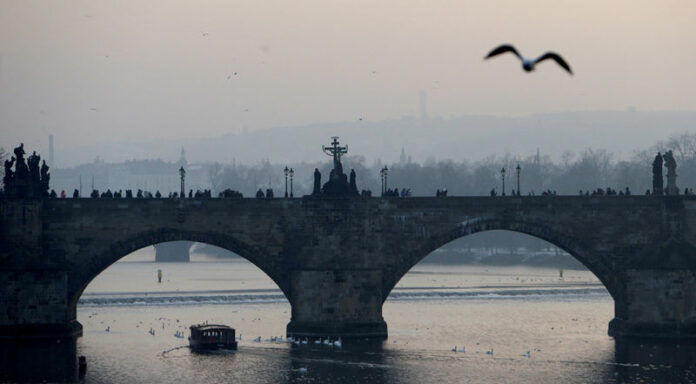 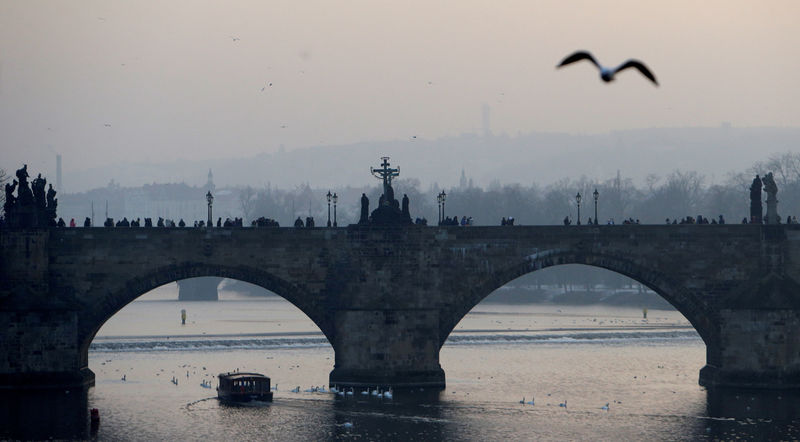 © Reuters. FILE PHOTO: A bird flies over the medieval Charles Bridge in Prague

PRAGUE (Reuters) – The Czech central bank said on Tuesday it would cap mortgage loans at nine times borrowers’ salaries, addressing concerns a build up of debt could destabilize the financial system in the event of an economic downturn.

A sustained economic upswing along with close to rock-bottom interest rates and record low unemployment have driven sharp gains in property prices, especially in Prague, while supply is being throttled by bottlenecks in construction permits.

Until now, there have been no income-related restrictions on the amounts banks can lend to applicants for housing credit.

“We are … interested mainly in what will happen to loan servicing when the good times end,” central bank Governor Jiri Rusnok said in a statement announcing the cap.

“Although this may not come soon, it will happen one day. As soon as interest rates or unemployment start to rise, a large subset of households could run into loan service problems, which in turn would negatively affect the condition of banks.”

The central bank said it estimated residential property was on average 14 percent overvalued at the end of last year.

The new nine times debt-to-income limit for mortgages will take effect in October.

The new restrictions come on top of a loan-to-value (LTV) cap of 80 percent introduced last year on most mortgages. Banks can allow LTV of up to 90 percent on 15 percent of their loans.

Since those regulations, the number of provided mortgages has dipped, but the central bank said when refinancing was excluded, new housing loans still grew by 8.8 percent in February.

House lending makes up 60 percent of all bank credit in the EU member country.

The central bank also on Tuesday raised the capital buffer banks must hold against economic downturns by 25 basis points to 1.5 percent of risk-weighted assets from July 2019.

Comparative prices in Warsaw were $2,221-$2,454, according to transaction data from Cenatorium. In Budapest, the average price per square meter was $1,523 last year, according to Hungary’s statistics office.

The Czech central bank said less than 10 percent of loans provided last year would be disqualified by the new measures, and some of those could be covered by an exception allowing banks to exceed the limits in 5 percent of cases.

But lender Ceska Sporitelna (VI:) said the impact could be bigger.

“(It) can affect a quarter to a third of new mortgage applicants … mainly among young people who need to finance their first home,” it said.

In both Poland and Hungary, regulators apply an 80 percent basic limit on loan-to-value, and a 50 percent debt servicing-to-income limit for standard borrowers. Slovakia is phasing in a limit on loans at eight times annual income. It will also ban loan-to-value credit exceeding 90 percent from July.