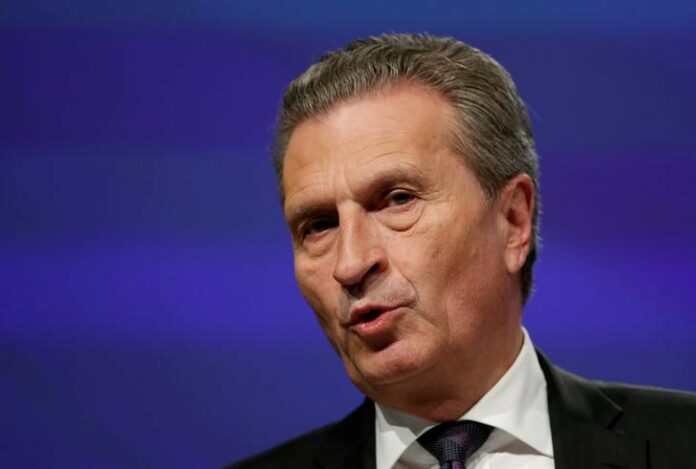 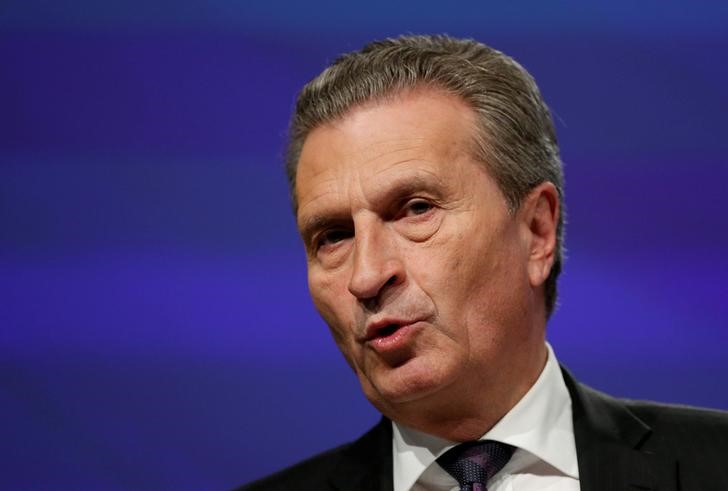 MILAN (Reuters) – Reassurances by Italy’s new economy minister that Rome is committed to the single currency and to reducing its public debt “are far-sighted and create confidence,” EU Budget Commissioner Guenther Oettinger told an Italian daily.

“We’re grateful for such a clear and timely statement, which is important for Italy’s politics,” he told Corriere della Sera newspaper in an interview.

Giovanni Tria, economy minister in Rome’s new anti-establishment government, sought to calm jittery markets with an interview on Sunday in which he said Italy had no intention of leaving the euro and would not stray from the path of debt reduction.

Oettinger has come under fire in Italy for being quoted as saying he hoped financial markets would be a signal for Italians that they should not vote for populists.

He apologized for his comments after Italy’s League leader and the country’s new Interior Minister Matteo Salvini called for his resignation.

Oettinger said more solidarity was needed towards states such as Italy and Malta when asked about the two countries’ refusal to let a boat carrying 629 migrants rescued off the coast of Libya at the weekend to dock.

“People at sea cannot be rejected or, even worse, have their lives put at risk. Viceversa, this means we need more solidarity among European (states), in this case Italy and Malta. Spain showed it: towards people aboard and towards other member states.”

Spain has offered to take in the Gibraltar-flagged Aquarius rescue ship.