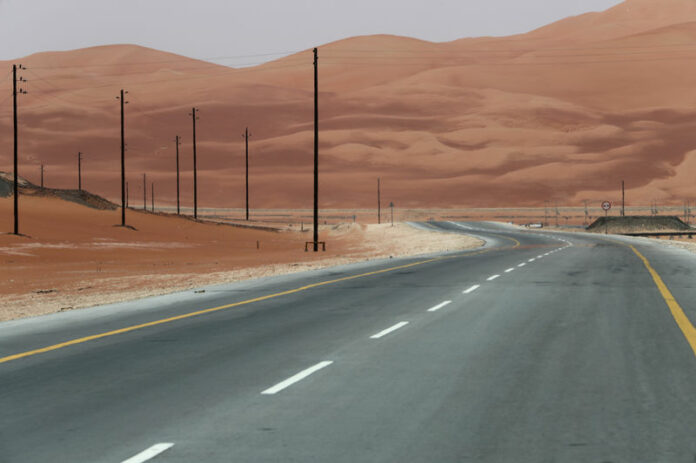 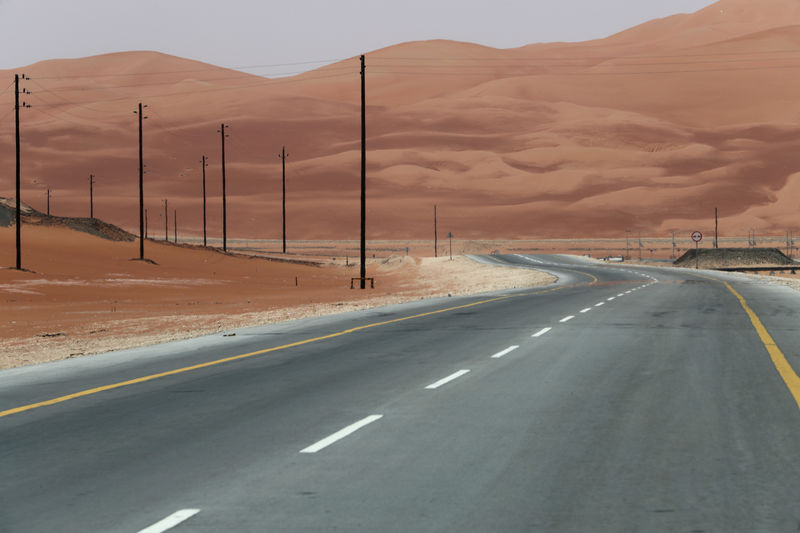 © Reuters. The highway towards the Natural Gas Liquids (NGL) facility is seen at Aramco’s Shaybah oilfield in the Empty Quarter

DHAHRAN, Saudi Arabia (Reuters) – Saudi Aramco plans to boost investments in refining and petrochemicals to secure new markets for its crude, and sees growth in chemicals as central to its downstream strategy to lessen the risk of a slowdown in oil demand.

Aramco, the world’s biggest oil producer, is expanding its footprint globally by signing downstream deals and boosting the capacity of its plants, ahead of an initial public offering next year – the largest IPO in history.

The state oil giant is moving ahead with multi-billion-dollar projects in China, India and Malaysia and aims to finalize new partnerships this year, Abdulaziz al-Judaimi, Aramco’s senior vice president for downstream, told Reuters.

Aramco plans to raise its refining capacity to between 8 million and 10 million barrels per day, from some 5 million bpd now, and double its petrochemicals production by 2030, he added. Aramco pumps around 10 million bpd of .

“Our strategy is very simple. We want to be at 8 to 10 million barrels per day of participated (refining) capacity … (and) we are going forward by trying to be a top leader in chemicals by 2040,” Judaimi said.

“The market that we want to grow in … has to be growing, a strong market, with good demand and of course these assets have to be integrated to the whole value chain of the downstream,” he said in an interview at Aramco’s headquarters in Dhahran.

To help it reach these targets, Aramco has entered a 50 percent joint venture with three Indian refiners to build a $44 billion, 1.2-million-bpd refinery integrated with petrochemical facilities on India’s west coast.

Aramco has said it may introduce a strategic partner to share its 50 percent stake in the Indian refining venture.

Judaimi said Aramco was working with Abu Dhabi National Oil Co (ADNOC) toward securing a partnership. It would be the first time for the two national oil companies to join hands in an international venture.

“We are now finalizing the MOU (with ADNOC) that would cover certain commercial principles between us,” he said, adding that the memorandum of understanding would be finalised this year. He said front-end engineering for the project could start by early 2019.

Apart from India, Aramco is also taking a 50 percent stake in Petronas’ huge RAPID project in the southern Malaysian state of Johor.

Aramco hopes this will help it dominate supplies in India and Malaysia, two of the world’s fastest-growing oil markets after China, and where growth potential is bigger than in other, more developed regions. Aramco is eyeing three separate refining and petrochemical projects in China, Judaimi said.

“Asia has to have the lion’s share … We believe markets east of the Suez Canal will continue to grow, including the Middle East as well,” Judaimi said, adding that the United States is “another market we want to grow in”.

In April, Aramco said it was integrating a petrochemicals business into its subsidiary Motiva, the United States’ biggest oil refinery.

Aramco is strengthening its refining role in China, one of its biggest customers. It has a refinery joint venture with Sinopec and Exxon Mobil (N:) and is in talks with CNPC to finalize the purchase of a stake in a 260,000-bpd refinery in Yunnan.

Judaimi said he expects to take a final investment decision on the Yunnan refinery, which is operational, by the end of this year.

“We are in the final stage of negotiations. It’s like building a house – the last touches take much longer.”

Aramco plans to build a 300,000-bpd refinery with China’s Norinco. Judaimi said he expects to finish front-end engineering for the Norinco project by mid-2019, following which the company will take its final investment decision.

Judaimi said Aramco had also started negotiations for a third refinery in China.

“It’s a smart refinery with higher conversion of liquids into chemicals,” he said, declining to give details.

Aramco has been integrating its refining with petrochemicals to help the company expand its market share and refined products portfolio.

The company is betting on growing demand for fuel in India and Southeast Asia but also shifting more into petrochemicals in case those consumption forecasts prove too optimistic.

“In the long term, we are thinking of investing more into chemicals,” he said.

“We know the world needs chemicals … as populations grow they need more plastic,” he added.

One centerpiece of Aramco’s push into chemicals is a project it is building at home with Saudi Basic Industries Corp (SABIC), the world’s fourth-biggest petrochemicals company.

The $20 billion project with SABIC is to build a complex that converts crude oil into chemicals directly, bypassing the refining stage. Judaimi said Aramco would make a final investment decision by the end of 2019.

“This is a very critical program and we are going to do all we can to make it happen,” Judaimi said.

“We believe we are the last man standing in terms of energy supply. Our cost position on the upstream side, our reliability, our location and our infrastructure are all competitive advantages to us.”