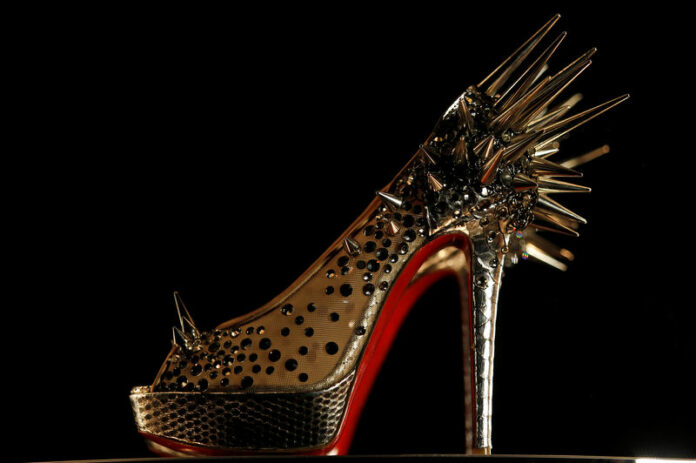 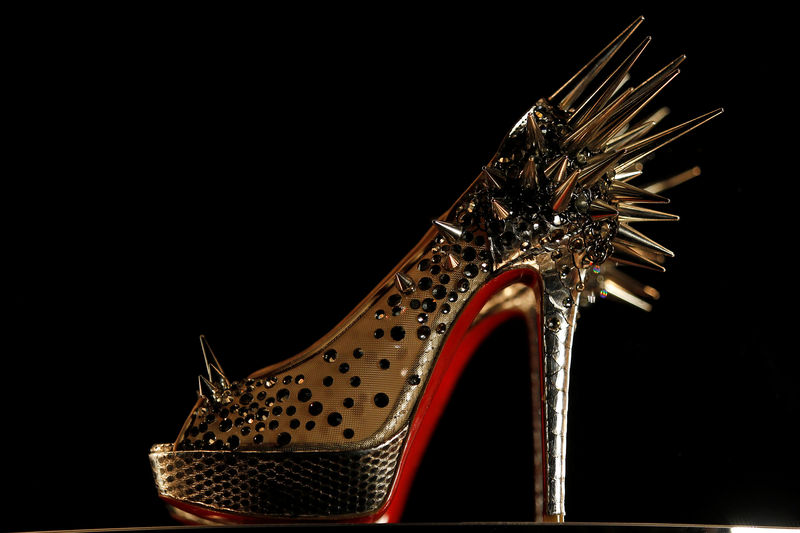 © Reuters. FILE PHOTO: A shoe by designer Christian Louboutin is seen during a media viewing of his retrospective exhibition at the Design Museum in London

BRUSSELS (Reuters) – Christian Louboutin’s battle to protect the distinctive red soles on the shoes he designs got a boost on Tuesday when the European Union’s top court said their red color was separate from the shape of the soles, which is usually not protected under EU trademark law.

The judges at the Court of Justice of the European Union (ECJ) did not follow the advice of the advocate general who said in February that the red color could not be considered as being separate from the shape of the sole.

“The mark does not relate to a specific shape of sole for high-heeled shoes since the description of that mark explicitly states that the contour of the shoe does not form part of the mark and is intended purely to show the positioning of the red color covered by the registration,” the ECJ said in a statement.

The French designer went to court in The Netherlands to prevent the Dutch high street chain Van Haren from selling its own versions of red-soled high-heeled shoes, a favorite on celebrity red carpets.

A Dutch court had asked the ECJ if the prohibition on the registration of shapes as trademarks also applied to shapes combining three-dimensional properties of a product and other characteristics such as colors.

The court in The Hague will deliver the final ruling on the matter based on the ECJ decision.

Louboutin, founded in 1991, claimed victory and welcomed the ruling.

“The protection of Christian Louboutin’s red sole trademark is strengthened by the European Court of Justice,” Louboutin said in a statement. “The red color applied on the sole of a woman’s high heel shoe is a position mark, as Maison Christian Louboutin has maintained for many years.”

The ECJ said that a trademark, such as Louboutin’s, could not be regarded as consisting “exclusively” of a shape, where the main element is a specific color designated by an internationally recognized identification code.

“It seems likely that Louboutin will be allowed to develop a monopoly for red-soled high-heeled shoes,” said Elaine O’Hare, a partner at law firm Stevens & Bolton.

“The fashion and luxury goods industry will welcome this victory for Louboutin, in particular brands which rely on specific colors, color combinations or patterns placed on products as a badge of origin.”