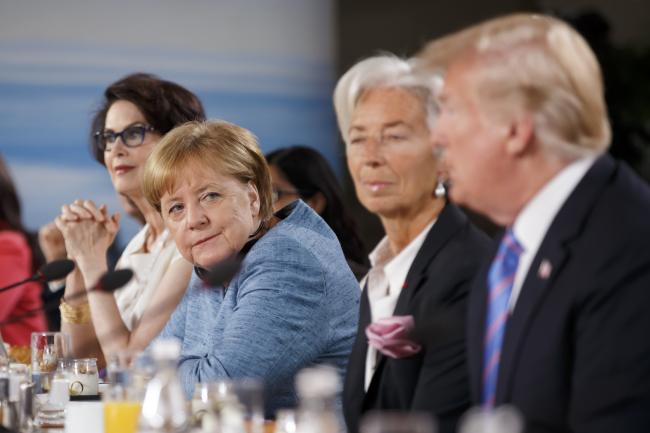 In a speech in Berlin, Merkel said the topic was discussed at last week’s tumultuous Group of Seven summit, where a U.S.-Canadian trade dispute caused Trump to renege on his support for the leaders’ concluding statement.

“Trade surpluses are still calculated in a pretty old-fashioned way, based only on goods,” Merkel told a business conference of her Christian Democratic Union party on Tuesday. “But if you include services in the trade balance, the U.S. has big surplus with Europe.”

Merkel indicated she lobbied Trump to refrain from slapping tariffs on U.S. vehicle imports from Europe, a measure that threatens to hit German carmakers the hardest. She said she proposed a study of the car industry’s “strategic importance” on both sides of the Atlantic, followed by talks with the goal of avoiding unilateral measures.

Trump said on Twitter in March that if the EU drops its “horrific barriers & tariffs on U.S. products going in, we will likewise drop ours,” but that he would otherwise “tax cars.”