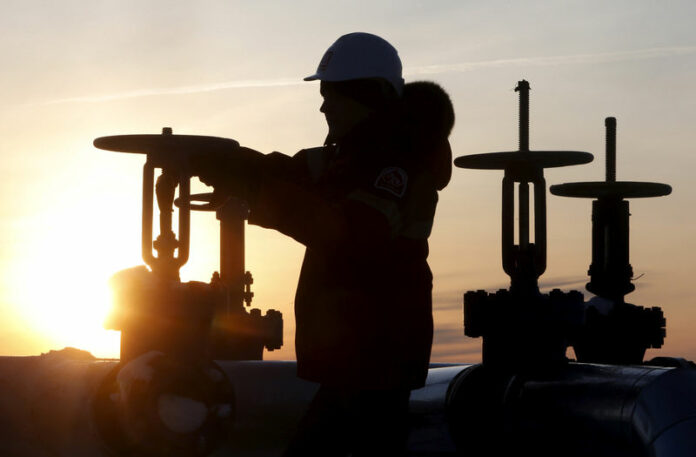 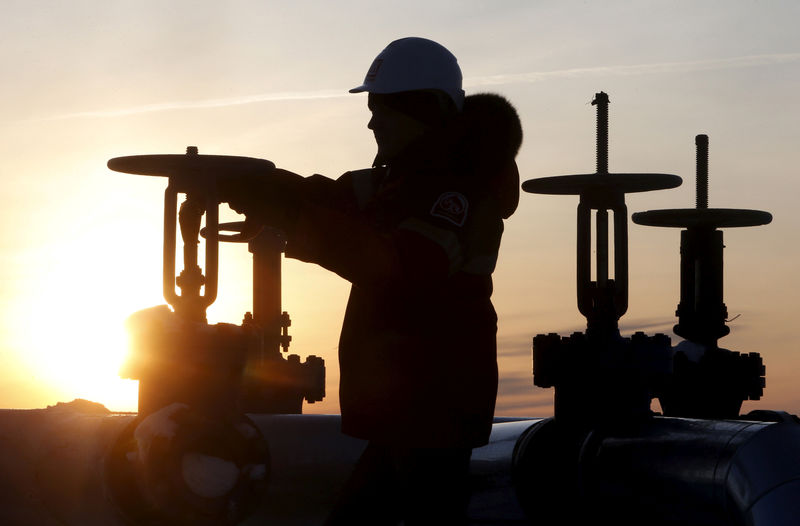 LONDON (Reuters) – The oil industry will face the biggest squeeze on its spare production capacity in more than three decades if OPEC and its allies agree next week to hike crude output, leaving the world more at risk of a price spike from any supply disruption.

Spare capacity is the extra production oil producing states can bring onstream and sustain at short notice, providing global markets with a cushion in the event of natural disaster, conflict or any other cause of an unplanned supply outage.

That buffer could shrink from more than 3 percent of global demand now to about 2 percent, its lowest since at least 1984, if the Organization of the Petroleum Exporting Countries, Russia and other producers decide to increase output when they meet on June 22-23, U.S. bank Jefferies said.

Some analysts say spare capacity could even fall below 2 percent, after years of low oil prices drove down investment in new production across the industry.

Saudi Arabia, OPEC’s de facto leader which has indicated its support for hiking output at next week’s meeting in Vienna, has said it is alert to the potential squeeze on the market.

“We are concerned about tight spare capacity nowadays,” Saudi Energy Minister Khalid al-Falih told Reuters last month, although he also said the industry was in “better shape” than in 2016 when oil prices plunged below $30 a barrel.

OPEC and its allies have been curbing supply since January 2017 to boost oil prices and cut bloated global inventories. The price of crude has since surged, climbing above $80 a barrel last month, while inventories have also fallen.

But falling inventories, which have now dropped back to around their five-year average in industrialized nations, adds to the conundrum facing OPEC.

“Today we no longer have an inventory cushion or a large spare capacity,” Claudio Descalzi, chief executive of Italy’s Eni (MI:), said in January. “In this context, any geopolitical event can create a price spike.”

Oil prices have faced one jolt already this year. A U.S. decision to pull out from an international nuclear deal with Iran and reimpose sanctions helped prices climb to their highest since 2014. Sliding Venezuelan output has added to supply concerns.

“The high level of inventory over the past few years has meant that the market did not need to react to rising political risk, because the inventory was effectively the same thing as spare capacity,” Gammel of Jefferies bank said.

Iran’s OPEC governor, Hossein Kazempour Ardebili, told Reuters last week that the oil price could jump to $140 if U.S. sanctions hurt his oil exports from this country, the third biggest producer in OPEC behind Saudi Arabia and Iraq.

Martijn Rats, Morgan Stanley’s global oil strategist, said oil prices would be supported “if supply and demand is in balance, if inventories have drawn significantly and spare capacity isn’t all that great.”

The precise level of spare capacity available depends in part on how it is defined.

The Paris-based International Energy Agency (IEA), which bases its figures on oil production that can be brought onstream within 90 days and sustained for an extended period, estimates OPEC’s spare production capacity was 3.47 million bpd in April, with Saudi Arabia accounting for roughly 60 percent.

The U.S. Energy Information Administration (EIA), which defines it as production that can be brought online for 30 days and sustained for at least 90 days, put OPEC’s spare capacity at 1.91 million bpd in the first quarter.

Based on the EIA definition, Robert McNally at consultancy Rapidan Energy Group said Saudi Arabia, Russia, Kuwait and United Arab Emirates together had spare capacity of about 2.3 million bpd.

“So were they to raise by 1 million bpd, then 1.3 million bpd is left, scraping the low end of the range historically and uncomfortably tight given the high and rising geopolitical disruption risk,” McNally said.

But OPEC, Russia and others have said any increase in output would be made gradually.

Energy Aspects analyst Sam Alderson said he expected OPEC and Russia to add about 500,000 bpd of production in the second half of 2018, which would reduce spare capacity as a percentage of demand to about 1.75 percent by December 2018.

Saudi Arabia, with the bulk of the world’s spare capacity, has said it would need 90 days to move rigs to drill new wells and raise production to 12 million or 12.5 million bpd. The kingdom’s output in May was about 10 million bpd.

But Saudi Arabia could even boost production beyond its stated output capacity of about 12.5 million bpd, possibly adding another 1 million bpd of what is known as surge capacity.

The kingdom did this during wars in the Gulf and Iraq, but the surge in output was only sustained for a few months.