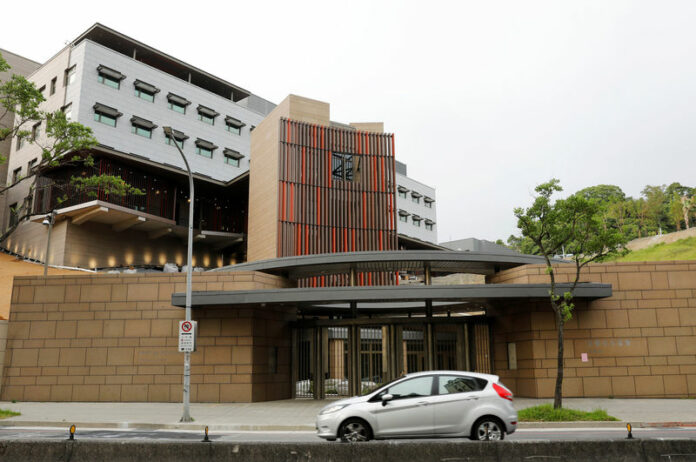 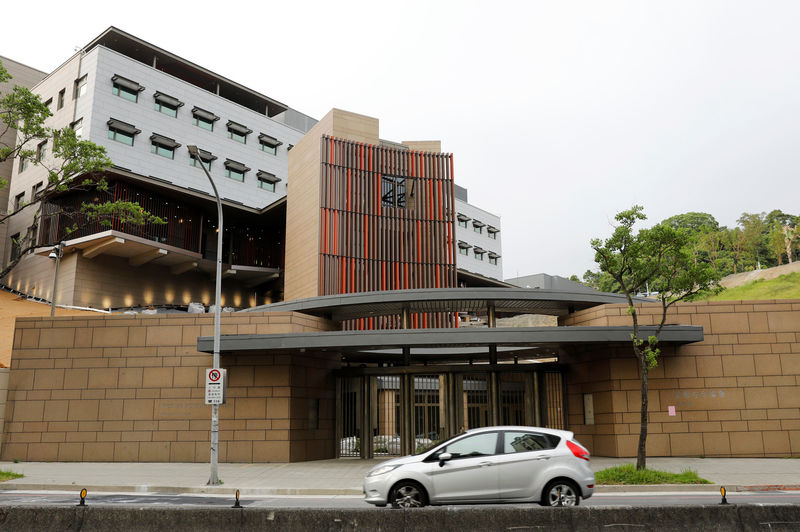 © Reuters. The new AIT is seen in Taipei

Washington cut diplomatic ties with Taipei in 1979 but remains the island’s strongest ally and sole foreign arms supplier. It opened the American Institute of Taiwan (AIT) to conduct relations between the two sides after severing ties.

In comments certain to rile Beijing, Taiwan President Tsai Ing-wen said the new complex was a reaffirmation of both sides commitment to a “vital relationship.”

“The friendship between Taiwan and the U.S. has never been more promising. The great story of Taiwan-U.S. relations remains to be filled with the efforts of those that will one day occupy this building,” Tsai said.

So long as both sides stood together, nothing could come between them, she added.

The new complex, a significant upgrade from the low-key military building the AIT had used for decades, will serve as the representative office later this summer, said AIT Director Kin Moy.

Marie Royce, U.S. Assistant Secretary of State for Educational and Cultural Affairs, said at a ceremony to mark the unveiling that the complex was a symbol of the strength and vibrancy of the U.S.-Taiwan partnership.

“We have faced many trials along this journey, but we have risen to the challenge at every turn, knowing that our shared commitment to democracy would see us through,” said Royce, who is the highest-ranking State Department official to visit Taiwan since 2015.

The sprawling new site occupies 6.5 hectares, including Chinese gardens, in Taipei’s Neihu district. AIT’s Taipei office has nearly 500 American and local employees, while its Kaohsiung branch has more than 30 staff.

China claims self-ruled Taiwan under its “one China” policy and Beijing has never renounced the use of force to bring what it sees as a wayward province under its control.

China’s hostility towards Taiwan has grown since President Tsai was elected in 2016. Beijing suspects Tsai wants to push for formal independence, which would cross a red line for Communist Party leaders in Beijing.

“The mainland must continue to build up its deterrence against Taiwanese authorities, making them know that the U.S. cannot be their savior,” it said in an editorial on the opening of the new office.

Taiwan recently lost two diplomatic allies after they switched ties to China, while some international companies have changed their websites to show the island’s designation as being part of China.

China has also stepped up military drills, sending bombers and jet fighters on exercises near the island that Taipei has denounced as intimidation.

Taiwan has lobbied Washington to sell it more advanced equipment, including new fighter jets, to bolster its defenses.